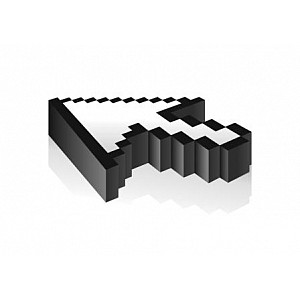 China’s online retailing is growing rapidly despite the global slowdown, with overseas firms making a beeline for the sector, eager to tap into its vast potential.

Although many countries were severely hit by an earlier global recession, China’s online retailing market appeared unaffected and even experienced an unexpected boom. Based on the Statistical Survey Report on the Internet Development in China, released by China Internet Network Information Center (CINIC), the number of netizens in China had reached 298 million by the end of 2008, while the amount of users of online shopping had hit 74 million. That means almost one in four Internet users has experienced online shopping in China.

The CINIC report shows that till the end of 2009, the size of China’s Internet users was 384 million, with the annual growth rate being 28.9 per cent, which provides a great potential for online retailing. Although, China is still adjusting to its new development strategies and online retailing faces several other challenges, a large number of foreign companies eye the country, hoping to tap its continuously growing market. Online retailers would be able to reach a rapidly growing customer base seven days a week or even 24 hours a day. Compared with shop in-store, shopping on the Internet has no such barriers as limited store opening hours and inconvenient store locations. The opportunity of shopping online is virtually unrestricted.

E-commerce in China is over 10 years old. At the beginning, people only shopped online for limited products such as books, music and video products. However, Chinese netizens now have a wider range of options on their online shopping lists ranging from apparel, houseware to digital products. At present, there are C2C, B2C, and B2B ecommerce in China. In 2009, China’s online retail market sustained its high growth with its trading size rising to nearly RMB252.6bn (US$37bn). Although C2C still accounts for the largest share of the online retail market, 8.7 per cent growth of B2C market is far ahead, according to China E-Retail Market Trend Prediction 2009-2012, issued by Analysys International, a leading advisor about technology, media and telecom (TMT) industries based in China. “As seen from the current situation, the main driving force of the e-commerce market is B2C, partly because the traditional enterprises and foreign firms now more choose this model to enter the Chinese market, which helps the B2C market have a higher development than C2C. In addition, the B2C platform is more mature; for instance, Taobao mall. Manufacturers will increasingly adopt this platform in the future,” says Fei Cao, senior analyst of Analysys International.

“China’s B2C e-commerce has entered a stage of rapid development, and we expect to see this fast-paced growth continues during the next few years. We believe the key to a successful B2C e-commerce is not only the customer base acquisition, but also the quality of the customer service a company can offer. The enterprises’ responsible attitude towards customers will decide the height of its B2C’s development level,” says Anthony

The Chinese B2C market’s development has been largely dependent on several factors such as logistics, payment and policies. The nationwide logistics costs are relatively high and only a few providers are able to operate it. For foreign companies, this doesn’t justify selling ordinary products at cheap prices. To succeed in the Chinese e-commerce market, it would be better for them to focus on premium products that are exclusive and unique. “The biggest advantage for foreign online retailers is that they are able to bring new products, which are more competitive,” says Cao. Additionally, the poor distribution networks cause geographical barriers for sellers to reach buyers, which make sending purchased items difficult. Smartdirect.cn, a B2C online supermarket in Shanghai, offers Western and Chinese food & household items. Different from some other traditional online retailers, Smartdirect.cn not only sells products, but also provides accompanied service, including orders receiving, logistics and distribution, settlement payments and after-sales service.

“We are one of the first to start an online supermarket in China. Every company has their own websites, tying to sell their food and wines. You need to put it all together - a onestop shop. Several competitors who wanted to do the same thing went out of business. It’s not that easy. We do same-day delivery. The challenge is logistics. In China, online sales and logistics are separated everywhere,” says Moritz Fischer, Operational Manager of Smartdirect.cn. Amazon, which has its own logistics and distribution system, started to offer free delivery on all orders from 2007 to boost its performance in the Chinese market. “Compared with C2C, price and quantity are not competitive for B2C. In addition, logistics has always been one of the main issues.

The distribution system is not mature enough to meet market demand. Therefore, some B2C companies choose to establish their own logistics and distribution system,” says Cao. Another problem of China’s online shopping is the lack of a safer and more efficient online payment system to handle credit-card transactions. Therefore, cash on delivery is still a main payment method for online shopping. However, with the continuous development of online shopping in China, third-party payment tools, such as Alipay and PayPal, appear to have improved quickly, reducing the risk of online shopping. According to the E-Commerce Development Plan during the 11th Five-Year Period, China aims to support development of ecommerce nationwide within three years. However, some regulations need to be considered while foreign companies establish and operate e-commerce business in China. For instance, a classification of basic value added telecommunication services, issued by the Ministry of Information Industry, says that foreign enterprises, which are subject to license, can only hold a stake of up to 50 per cent.

Currently, the major foreign companies in China’s B2C market include Amazon, Newegg, and M18. Amazon is the most comprehensive, with a more mature supply and distribution system. As the second-largest online-only retailer in the U.S., Newegg follows Jingdong Mall in China, a local Chinese company.

“Due to its focus on background development, Amazon’s marketing tends to be conservative, so its development is less than local enterprises’. The same for Newegg, whose core market is in Shanghai and development in the rest of areas is small. Its marketing is also limited, and management changes frequently,” says Cao. While China’s Internet user base is large, penetration is not high. With a continuous increase of Chinese netizens and online consumers, there is reason to believe that online retailing will keep growing. Also, the great potential of online shopping market in China certainly heralds more investing opportunities.

Supplier of online business and new economy developments service in China, iResearch is optimistic about the future of China’s online shopping market, which is predicted to keep increasing steadily over the next few years, exceeding RMB1000bn (US$146.2bn) in 2013. Greater market potential comes with fiercer competition. Currently, China’s online shopping market is already heavily served by local online retailers and few international e-commerce companies. As for other foreign firms seeking a slice of China’s online retailing market, they should have right strategies before making the move.

“First of all, we must fully understand and operate in accordance to the Chinese government’s law and regulations. Second of all, it is critical to find right strategic partners and develop long term win-win partnership with them. Last of all, which is also the most important, we must understand our customers and continuously aim on improving our customer service level. If any of these three couldn’t be handled properly, do not enter the Chinese B2C market easily. Otherwise, you may find yourself taking a detour, or even stumbling,” says Chow. Collaboration could be a better choice for foreign companies who are not familiar with the Chinese market and the customers’ consumer habits.

Uniqlo, a Japanese clothing retail chain, launched its online sales business last year on China’s largest consumer e-commerce website Taobao. With a strategic partnership, Uniqlo has made its way into the Chinese online shopping market. “The major aim of setting up online sales in China is to accelerate the expansion of the brand. Taobao’s market share and its users are exactly what we need. As for a foreign company, working with local companies is a faster way to understand the Chinese market and consumers, although there are some differences between Chinese and foreign operating philosophy and modes. It takes time to run in,” says the leader of the e-commerce marketing department from Uniqlo’s China branch. “Uniqlo offers a very famous, popular brand in China, and Taobao would have advertising on selling Uniqlo products. Uniqlo can benefit from millions of people on Taobao, and Taobao has a popular brand. This kind of cooperation is low risk,” says Fischer.

Baidu joined hands with Japan’s No.1 e-commerce website Rakuten last month to establish a B2C online shopping mall. “Rakuten has already gained mature experience and channels in Japan. Now, choosing the right partner to enter the Chinese market is a better means of cooperation, just the same as Uniqlo. Therefore, for foreign enterprises to enter the Chinese market, more consideration should be give to choose a right partner or platform,” says Cao.

The booming Chinese e-commerce sector and the internet industry are very tempting for many Western companies and investors. However, some global e-commerce giants failed or faced initial problems in the Chinese market, including eBay and Amazon. Operating the

Chinese way is another important element to success. “Before entering China, foreign enterprises must understand the Chinese market and also pay attention to hire and develop local talents to grow the business.

A successful business has to be built with a strong foundation and beliefs on making our customers happy as our first priority. Even though sometime, this might means that a short term loss might be unpreventable,” says Chow. “I think in China, you need to communicate with customers and know how to advertise. It’s very difficult for foreign companies. If I want to advertise to foreigners, the message is different from what I send to Chinese. You need to localize it,” says Fischer. “For example, western websites are usually very straight and simple, but Chinese websites are usually cluttered and confusing.” “There will be more companies and industries getting into this market. The market size of B2C market will be substantially increased, which will attract a large amount of capital investment as well. These abundant resources will promote the rapid development of B2C.

Although, China’s B2C market has been surging, this is still a strategic market, if you are eager for quick success and instant profit, this is not the right business for you,” Chow concludes. To have a successful online presence in China, you need localization of an existing e-commerce platform in the country. When doing business in a market like China, the bottom line is localization so that products can be more competitive in this fast-growing market and can reach Chinese customers easier.

<< China General Interest  < Australia-China: Down under on the up | NZCTA: NZCTA Now! >