NZCTA Commentary: Shanghai Expo 2010 as a catalyst for innovative thinking 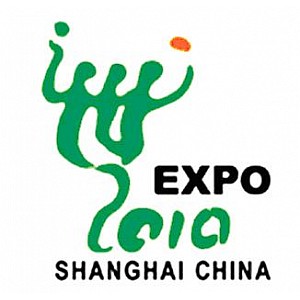 World Expos like the Olympic Games strive to outdo their predecessors in scale and opulence and just as Beijing set a new benchmark for the Olympics last year, so we’re quite sure Shanghai will next year for Expo.

In the midst of the FTA negotiations, the Government two years ago committed us to its biggest effort yet and a suitably impressive structure has been designed to mirror the excellent location that the NZ organisers have negotiated with the Chinese.

The task now is to gain the maximum leverage possible from the investment, which by our standards is quite substantial.

Dame Jenny Shipley, in a superb presentation to NZCTA members in October, raised the need to approach the Expo and its opportunities within a strong strategic context to ensure that long term tourist, trade and other economic benefit is gained.

When the NZ Government Expo Missionaries, Director Phillip Gibson and Operations Chief, Mike Pattison first commenced the promotional programme last year – at least in the several forums in which NZCTA was involved – we were struck by the need clearly to get across the nature of the concept.

Expo is not in any sense a Trade Fair. You can’t book a booth and send samples and collateral up to Shanghai and man a regional or a product focused stand.

The New Zealand pavilion, which will showcase the balance between city and nature, will, in effect, represent a piece of New Zealand in Shanghai. It is expected by be visited by up to 7 million visitors, based on an estimated total attendance of 70 million.

The NZ Expo team is now taking bookings from groups who wish to use the facilities to meet and entertain Chinese business contacts at the pavilion, where highly impressive catering facilities will be available.

Many regional groups are considering taking advantage of the facilities and attractions available at the NZ pavilion as part of planned Missions to China. And recently the Government has been taking expressions of interest and organising the availability of Ministers to lead sector specific Missions.

So NZCTA, able to offer huge experience of engaging with the Chinese and of organising Trade Missions to China, has striven to identify a way of avoiding “competing” with the Government and Regions, whilst still adding value to the project and not least minding the words of Dame Jenny Shipley.

So at a meeting with Phillip Gibson, we discussed a concept by which we could contribute to the development of initiatives with China by taking a group of “thought-leaders” to China for a few days, calling in at the Expo for a day or two as a principal feature of the programme.

The more we discussed it, the more we became enthused. It would be original, eclectic, stimulating and in the longer term, hopefully, highly valuable to both the economy in general and to the breadth of China engagement in particular.

What do we mean by “thought-leaders”? Well, that could have a broad interpretation too. We believe we can arrange an itinerary, comprehending Shanghai and two or three other cities in a 7 to 10 day tour that will appeal to “outside the square” thinkers. It would introduce them to concepts and to counterpart Chinese entrepreneurs.

The measures of its success? Ideas, new business opportunities and valuable networks and personal contacts. On the way, it should be quite good fun!

We’re calling for expressions of interest (director@nzcta.co.nz) from anyone who is likely to be able to take a week or so off in late September / early October 2010, who is prepared to devote that time to new experiences and contacts with a broadminded approach.