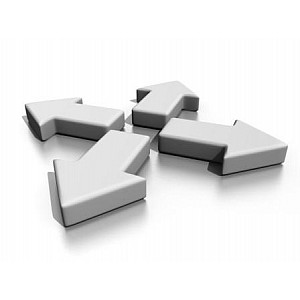 The tax status of New Zealand companies investing offshore is about to be turned upside down following the recent changes to the CFC rules. The CFC rules are not those nasty things that impact on our environment but are the controlled foreign company rules.

Under the previous rules New Zealand tax residents were taxed in New Zealand on their world wide income. If you were lucky enough to get a tax holiday in China then the New Zealand tax office would say “thanks very much we will tax you instead”.

While I am sure you were happy to contribute to the New Zealand tax system this type of behaviour did not make us very competitive - especially against countries like Australia.

For those who have a balance date after 30 June 09 the new rules are that any active businesses that are conducted in a company in an overseas country will no longer be taxable in New Zealand. For others the new rules apply from your 2010 balance date. Note these changes do not apply to branches and that the tax exemption extends to dividends brought back into a New Zealand company. There are of course challenges when you want to distribute this income to individual shareholders and do not have the required imputation credits.

Yes there are pages and pages of rules and regulations that you need to comply with, but this is a major change that can provide you with a competitive advantage when compared to those who are exporting directly from New Zealand and paying tax at 30%.

Not everything is driven by tax but what is certain is that these changes mean if you are serious about exporting to China and require an on-the-ground presence in China, then you should seriously consider setting up a company in an overseas jurisdiction.

This has to be carefully planned and while the perception too often is that China is the ‘wild east’ when it comes to tax, this is not true.

There have been two recent Court decisions in China where the tax authorities have successfully collected taxes on the grounds that the offshore parties were engaged in treaty shopping. The relevant double tax agreements did not apply as the first decision was under the Barbados China Double Tax Treaty and the second decision under the Singapore China Double Tax Treaty.

In China the financial crisis has seen a downturn in the flow of foreign investment and in tax revenues.

The authorities in China (as with other jurisdictions) are focusing on tax audits.

China’s tax revenue has reduced by 3.5 percent during the first seven months of the year. The State Administration of Taxation (SAT) in China has this year issued more than 10 tax circulars. The message is loud and clear that tax officers at all levels are to get out and increase the tax revenues.

The second wave focused on 90 large scale companies including foreign investment companies. They were required to perform a self-inspection of their own tax compliance status. They had until the end of October to report back. Another 60 large companies were added to this and the latest feedback is that the list is being added to further. While self-inspection sounds like a great option, they are supervised by officers from the tax bureaus and thoroughly reviewed. Already some of these companies have been targeted for a second round of self-inspection.

The third wave of inspections for the first time focused on non-resident companies. They included withholding tax obligations on interest dividends and royalties, payments to non-resident contractors and for services.

In another first, it is understood that revenue budgets for tax collections from non-residents have been set for 2009 and that extensive tax resources will be dedicated to non-resident companies to ensure these budgets are met.

Again, the message given to the tax bureaus is that they are to diligently and steadfastly reinforce tax collection, plug loopholes to increase the tax revenue and ensure the delivery of this year’s growth in tax revenue.

This has to be put into the context that tax revenues in China during 2008 were record-breaking. The 2009 budget has been increased on that and so it is easy to work out that this budget is unlikely to be realised through natural growth.

A tax compliance health check is highly recommended and this should be done in partnership with your in-house team and your external advisers (a role we are well equipped and delighted to fulfil for you).

It is much better to make a voluntary disclosure to mitigate late payment surcharges and penalties rather than wait for a formal tax inspection.

Some common errors are emerging which includes overseas companies operating in China without full knowledge of the relevant requirements.

For example, in China you can only engage in activities that are within your business scope that were approved at the time you registered with the enterprise regulation authority.

Failing to adequately describe your business scope has serious implications both in restricting what you can do and in exposing the company to fines.

Another is not observing the Labour Contract Law. While the perception is that labour is cheap in China the dynamics of this are rapidly changing. Each employee has to have a written contract which must be signed within one month of them starting work. Failing to do this means you are liable to pay the employees twice their salary for every month they do not have a written contract (with a limit on twelve months salary).

Expats working in China are receiving a significant amount of attention by the authorities, especially those who have failed to comply with tax rules, working visas and residency permit requirements. These are all subject to fines and/or deportation from the immigration authorities, the Public Security Bureau and the China Tax Bureau.

Non-resident service providers should within 30 days after executing a contract register with the tax bureau closest to where the contract is undertaken and within 15 days after completing a contract file certificates and carry out tax deregistration procedures. A non-resident service providers are now also required to submit full details of foreigners participating in each project.

There have also been changes to compensation recharges for expatriate employees working for Chinese companies in management and technical positions. Some companies have been required to withhold China corporate income tax and business tax from these payments. The added focus is determining whether a permanent establishment has been created for tax and ensuring the right amount of personal tax is paid.

Another circular recently issued focuses on the individual income tax for non-resident employees enjoying Double Tax Treaty entitlements. Part of this is a requirement that non-residents register with the tax authority and file a tax resident certificate from their home country along with other documents before a tax liability arises. Under the domestic rules in China this happens after 90 days even though under many double tax treaties, including our own, the threshold is extended to 183 days. These measures are effective from 1 October this year.

Other changes to be aware of are recent announcements to the tax status of employee allowances such as telecommunications and transport allowances, company payments for insurances, and termination compensation together with the tax deductibility of employee retirement benefits.

Another point to be aware of is the Foreign Exchange Regulations and the requirements to open a RMB Basic account or a specific Foreign Currency Settlement account. There needs to be three different types of bank accounts: capital accounts; settlement accounts; and basic RMB accounts. Payments from overseas need to remain in a verification bank account. If they are not settled within 90 days to 210 days the sale can be considered a domestic sale which means you lose your VAT refund.

The VAT rules in China are complex and many New Zealand companies assume they operate on the same basis as New Zealand. This is totally incorrect. The cash flow implications of China’s indirect tax laws mean that you need to ensure you understand them.

China’s indirect tax does not just stop at VAT. It also includes business tax, customs duty and consumption tax. Indirect taxes account for nearly 60% of annual tax collections. A recent Ernst & Young global publication called Navigating Chinese indirect taxes highlights the cash flow risk and the hidden costs of indirect taxes together with the detrimental impact on the organisation’s overall profitability if they are not managed properly.

The tax system in China is much more complex than what we are used to in New Zealand. It is also subject to rapid change. On top of the new rules already mentioned China now has transfer pricing and thin capital requirements. It is also reviewing what payments make up a royalty and what make up a service payment.

It is critical that you proactively stay on top of all your requirements and incorporate a policy of engaging in regular tax health checks to ensure you are not exposed. It is equally critical that you ensure you plan to take into account the recent changes in New Zealand to remain competitive when exporting overseas.