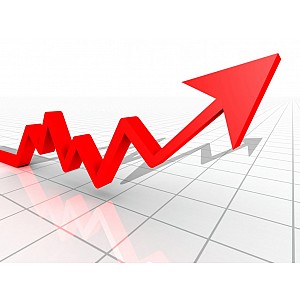 China has overtaken the United States as home to the world’s biggest corporate borrowers, with some US$14 trillion of debt, says a report newly issued by Standard & Poor’s. The report predicts that China will absorb 30 percent of all global debt over the next five years and that the Asia-Pacific region will account for half of all corporate debt financing from now until 2018.

Currently, China is said to be financing between 25-30 percent of its corporate debt requirements via the shadow banking sector, exposing an estimated 10 percent of all global corporate debt to the risk of contraction in these unofficial lending channels.

Chinese companies are also among the world’s worst in terms of leveraging and cash flow, having deteriorated from amongst the very best as recently as 2009. The S&P report also reflects on the impoverished state of the property and steel sectors in China — steel processing, for instance, has dropped 30 percent this year — and anticipates defaults in these industries.

The report states, “[Because of] China’s large and expanding contribution to global corporate debt, the higher financial risk is causing overall corporate risk to increase globally… As the world’s second largest economy, any significant reverse for China’s corporate sector could quickly spread to other countries.”

Chris Devonshire-Ellis of Dezan Shira & Associates says, “Our partner firms in Europe and the United States all tell us they are experiencing problems in terms of receivables and bad debt with their Chinese clients who have invested overseas. This includes SOE’s. Now would be a prudent time to reduce risk to Chinese businesses, not lend more and increase exposure.”

Earlier this year, solar cell producer Shanghai Chaori became the first Chinese company in the history of the PRC to default on a domestic corporate bond, after failing to make an RMB89.8 million (US$14.7 million) interest payment. Insolvency was so bad, in fact, that the firm was unable to pay even 5 percent of the due payment.

In response, Bank of America Merrill Lynch issued a warning that China may have reached its ‘Bear Stearns moment’ (a reference to the 2008 failure that helped ignite the global financial crisis). Chinese policymakers, meanwhile, reiterated their calls for a “market-oriented bond default system,” albeit with heightened urgency. This latest report from S&P should act as yet further indication for the need for such reforms.