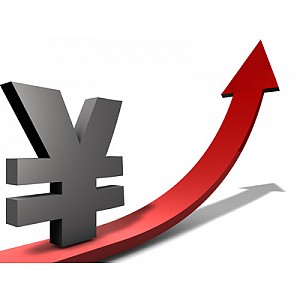 By Gordon French, Asia-Pacific head of global banking and markets at HSBC.

Gordon French says even with the current capital controls, it has become an attractive asset.

The recent dip in the value of the Chinese currency surprised many in the markets, but it shouldn't have. The renminbi occupies a position all of its own: it might be the key accessing the world's most dynamic large economy but it is also protected with exchange and capital controls.

Despite this, the renminbi's similarities to other global currencies - the dollar, the euro, sterling - are today more important than its differences. From a trade perspective, the currency is already almost fully convertible, and the controls that remain on the capital account are less onerous than many assume.

At heart, the renminbi is just another currency, and is becoming more like any other currency with every regulation and bureaucratic hurdle that is peeled away by Beijing.
The current price of the yuan broadly represents fair value. China has repeatedly reiterated its commitment to that equilibrium, and given the vicissitudes of global markets, that means the price will go down as well as up.

It is worth remembering that this is not the first time the yuan has lost value against the dollar. In the middle of 2012, it fell by a similar amount to the most recent drop.

There has been much debate over what role, if any, the People's Bank of China played in the most recent dip in value. My response would be that it is too early to say, but I think the question misses the point. The point is that regardless of whether the authorities depressed the rate, or allowed the market to push it down, the message is clear: the days of thinking of the renminbi as a one-way street are over.

This should not come as a shock. Zhou Xiaochuan, the governor of the PBOC, has been saying for months that the government wants to expand two-way flexibility.

It is not difficult to understand why Beijing would want to send this signal. The combination of relatively low foreign exchange volatility and relatively high yield fuels inflows of hot money, particularly at a time when yields are low elsewhere and the Chinese economy is growing faster than almost all its competitors.

China is undergoing its second major economic transformation in 40 years. The marginal returns of industrialisation - the first phase of development - are falling, and the economy is moving towards a growth model that relies on productivity gains and increasing consumption, an end that requires a more flexible and responsive financial system. Creating a fully convertible currency is a key element of that transition.

But transitions are, by their nature, disruptive. We expect that as the restrictions on cross-border renminbi capital are relaxed, there will be increasing movement in the exchange rate, driven by increasing cross-border flows. This is healthy, but only to a certain degree. China's financial authorities are right to be worried about the impact of unrestrained flows of hot cash into and out of a system that is still developing the economic shock absorbers that we take for granted in Western economies.

There's little doubt that one day the renminbi will become an alternative to the dollar for investors and reserve banks. But no one, and least of all the Chinese government, underestimates the complexity of the restructuring task that is needed to make that happen.

The purists maintain that the renminbi will never become a significant reserve currency until China dismantles all its capital controls: a scenario that they think, rightly in my opinion, is unlikely in the foreseeable future.

But this underestimates both the ingenuity of the international markets and the hunger for a broader range of investment and reserve currency options, particularly among emerging economies that have amassed huge reserves.

From one perspective, investors in the offshore renminbi market are already getting around China's capital controls with the active encouragement of Beijing.

The strength and resilience of the offshore renminbi market shows that international demand is real.

It is worth noting that as the renminbi started to tumble, the offshore dim sum bond market barely paused, and the first quarter ended with record volumes as bond and certificate of deposit issuance reached 221 billion yuan.

Some central banks, mostly in countries that have significant trade exposure to China, have already begun to take small reserve positions, and many more have signed currency swap agreements. And the survivors of the great liquidity freeze of 2008 might be willing to overlook some of the capital account shortcomings of the renminbi if it means they can diversify their holdings.

The renminbi may look a little different, but it is no longer an oddity in the currency universe. We should not be surprised if it is starting to demand that we treat it like just another alternative to the dollar, the euro or sterling.