<< Renminbi: good for business Import-Export Taxes and Duties in China (With exclusive offer from Asia Briefing) >> 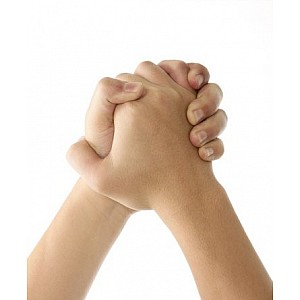 The RMB has experienced increasing volatility in recent weeks in light of new regulations and strong inflows that have seen the currency touch record highs versus the USD. This highlights the interesting challenge faced by Chinese policymakers – how to cool flows of ‘hot money’ while at the same time pushing forward with much-needed reforms. As ever, it involves a tricky balancing act.

It is clear that hot money inflows have helped make the RMB one of the best-performing major currencies this year, at a time when growth in China is slowing (the RMB has appreciated 1.7% against the USD thus far in 2013). A further concern is that some of these inflows appear to be driven by appreciation expectations rather than real trade and foreign direct investment (FDI).

In response, the State Administration of Foreign Exchange (SAFE), which is responsible for managing China’s foreign exchange reserves, on 5 May announced a new regulation to curb currency speculation, effective from 1 June. The idea is to make foreign currency loans more expensive by requiring banks to set aside larger FX deposits against their loans.

We believe this is an important step, as it is the first time SAFE has introduced a net open position (NOP) regulation (a measure of banks’ foreign exchange exposure) based on banks’ FX lending. In turn, this lending is driven largely by the financing of companies in China in relation to their trade and foreign investment activities. Over time, the NOP regulation will curb speculation on FX movements by preventing companies from taking out more foreign currency loans than they need for legitimate trade financing and FDI. Speculative corporate behaviour has become an increasingly important driver of FX flows in and out of China.

For example, in Q2 and Q3 2012 when sentiment towards RMB was weak, these activities caused FX outflows of USD94bn and USD96bn, respectively, booked as trade credits, loans, and foreign currency deposits in China’s capital account. When RMB appreciation expectations returned later last year, the trend reversed, resulting in significant FX inflows. By comparison, China’s trade balance has averaged USD56bn for the last four quarters. This shows the influence of such corporate financing activities on the country’s balance of payments. Clamping down on these flows will lessen pressure on the RMB in either direction, depending on the prevailing sentiment.

Closer scrutiny of FX inflows signals a tightening regulatory framework. At the same time, while inflow pressures may make authorities cautious and complicate the timing of some FX reforms, they are unlikely to bring the reform process to a halt.
For example, the day after SAFE announced the new FX regulation, the State Council, China’s cabinet, outlined nine key measures to deepen economic reforms in 2013, including plans to unveil an operational blueprint by year-end for RMB convertibility under the capital account.

Then, on 2 May and 11 May, SAFE issued two circulars that simplify the process by which domestic companies may borrow RMB or foreign currencies offshore, abolishing a number of regulations for inward FDI and overseas direct investment. The new regulatory framework is expected to streamline FDI and make SAFE’s administrative process more transparent. This serves as a reminder that it is official government policy in Beijing to push forward with FX reform and seek greater capital convertibility.

We have argued for some time that it is better to introduce FX reforms from a position of RMB strength; if the authorities introduce more RMB reform while inflows are strong, it adds to the perception that FX policy is increasingly tolerant of RMB appreciation.

While the RMB initially reacted negatively to SAFE’s new regulation, it rebounded quickly after policymakers announced a commitment to continued liberalisation of the capital account. The fact that the central bank has allowed the daily USD-CNY fix, the midpoint of the onshore RMB trading band, to move lower despite the sharp rise in the USD has also helped to anchor the RMB. In our view, the central bank is doing this for two reasons – to allow the market to increasingly drive the RMB exchange rate and to cause the currency to trade closer to near-term equilibrium levels, keeping the window open for further FX reforms.

We still anticipate moderate RMB appreciation, at 1.5%, through 2013, despite significant USD strength on the back of expectations that US quantitative easing may taper off. We think most of this appreciation is reflected in the current market price. Should USD strength gain further traction, and if further regulations related to FX speculation are announced, we could see a temporary (and we think limited) correction, with the USD-CNY moving higher.

The RMB is still anchored by its interest rate advantage over the USD and the drive for RMB internationalisation and related reforms. The rising influence of the RMB means that net exports are becoming a less important part of the growth story as China marches down the road towards economic rebalancing.

<< Tax and Finance  < Renminbi: good for business | Import-Export Taxes and Duties in China (With exclusive offer from Asia Briefing) >