<< Two-way trade with China more than triples over the past decade Revitalizing China’s Rust Belt: Incentives for Businesses and Expats >> 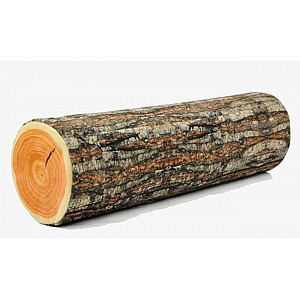 New Zealand exported a record volume of logs to China last year as Asia's largest economy clamped down on harvesting its own forests, and the future points to constant or better demand in coming months, according to AgriHQ's latest forestry market report.

The country shipped a record 18.8 million cubic metres of softwood logs overseas in 2017, up 18 percent on 2016, with exports to China jumping 29 percent and accounting for three-quarters of the total.

New Zealand cemented its position as China's top source of softwood logs last year, with its share of the market lifting to 36.3 percent from 34.7 percent. China's overall demand for softwood logs increased 10 percent to 31 million tonnes as the country clamped down on harvesting its own forests and reduced tariffs on imported logs to meet demand in its local market. Upcoming changes to government regulations which will allow for Chinese buildings to be designed using New Zealand wood grades and sizing are likely to further stoke demand in the future, AgriHQ said.

"Virtually all information coming out of China has pointed towards constant or better demand for NZ logs in the coming months," AgriHQ analyst Reece Brick said in his February Forestry Market Report report titled 'Optimism ever-present for exports'.

"China is looking at becoming more sustainable. This has already slashed the amount of logs being harvested from native forests, while tougher enforcement of pollution policies are already clearing out the number of old and inefficient wood processors," he said.

"The newest announcement has come in the form of building regulations. As of August this year, radiata pine specifications will be included in the Chinese Code of Design, allowing buildings to be designed using NZ wood grades and sizing. The immediate impact of this change is still somewhat of an unknown, but there’s no doubt it will only be positive for NZ exporters in the long-term."

In its latest monthly survey of exporters, forest owners and saw millers, AgriHQ noted that activity in China has ground to a halt as it is the middle of the Chinese New Year holiday.

"The Chinese New Year always marks a period of uncertainty and volatility for NZ log traders, however sentiment throughout the industry remains very positive towards forward prospects for log prices," Brick said. "Market participants are keeping a close eye on the situation there since changes over the next month will determine the medium-term direction of export log values."

Still, he said the New Zealand log market "is not all about China", citing a push for more affordable housing in India that would stoke demand for New Zealand logs.

"India has shown little sign of showing any reduction in demand, and it’s thought its importance to NZ over the coming years will only grow," he said.

However Brick noted the high value of the New Zealand dollar was weighing on returns for export logs.

"Fundamentals are positive for log exports – if you ignore the exchange rate," Brick said. "Unfortunately the NZD:USD is difficult to overlook as it has clambered into the US$0.73- $0.74c range since late-January and has shown little sign of retreating."

<< Commentary  < Two-way trade with China more than triples over the past decade | Revitalizing China’s Rust Belt: Incentives for Businesses and Expats >