A Place for New Zealand on China’s New Silk Road? 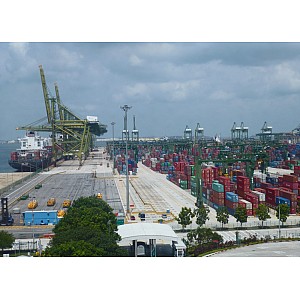 Chinese president Xi Jinping’s administration has put forward a new vision of regional development and has delivered an open invitation for countries like New Zealand to participate. Victoria University senior lecturer in political science and international relations Jason Young examines how this proposal should be evaluated and whether there is a place for New Zealand on the new Silk Road.

The initiative, also known as Belt and Road or One Belt One Road, is composed of two main parts, the land-based Silk Road Economic Belt and the Maritime Silk Road.

By building connectivity, Chinese leaders hope to arrest a slumping global economy, deliver public goods as befitting the stature and influence of a major but developing regional power and stimulate growth in parts of China far from the prosperous and well-connected east coast.

To achieve this, Chinese leaders are reimagining the ancient Silk Road for contemporary times. They are invoking the land and sea routes that connected Eurasian peoples through trade in goods, such as spice or silk, and acted as a conduit for the transfer of skills and ideas so crucial to development in the premodern era.

Today, the Silk Road initiative acts as a framework for reprioritising these Eurasian linkages and as a blank page upon which Chinese leaders hope to write the story of regional development in the 21st century. For those New Zealanders working at the forefront of our international engagement, this presents a new set of policies and actions to decipher.

At one level, Silk Road projects are instantly recognisable as infrastructure and connectivity projects to promote economic integration and globalisation that align closely with New Zealand trade policy. At another level, they reflect China’s own experience of development.

They assert a guiding role for the state and view development as a panacea for political, security and social challenges as well as reflecting a preference for international political pluralism and relationship-focussed business. Such a view sits uneasily with New Zealand’s market-based approach and support for international institutions, good governance and liberal democracy.

However, these differences provide a strong rationale to get involved. China is now a significant actor with the economic and industrial weight to shape regional development, if not regional order, with or without New Zealand participation. Adding our voice to the table can, in a small way, help multilateralise the initiative and direct projects toward outcomes that reflect the interests and values of New Zealand and other small states in the region.

Just how we could contribute remains uncertain. Some have suggested New Zealand seeks Silk Road projects as a means of encouraging investment in infrastructure development here.

Further afield, there is opportunity to leverage the Silk Road initiative as a platform for New Zealand to develop more mature partnerships in the region. Companies seeking opportunities abroad — be it agricultural services, construction, niche technology, transportation or educational services — may do well to view the Silk Road as a vehicle for connecting to regional projects in the coming decades. Likewise, increased opportunities for cultural exchanges can help raise New Zealand’s profile and support greater regional engagement.

In both cases, a clearly articulated set of New Zealand values is a prerequisite for long-term positive engagement as evident in New Zealand’s early involvement in the working party that developed the governance structure for the China-initiated Asia Infrastructure Investment Bank.

In the Pacific, Chinese activities are already reshaping the economic and political dynamics of the region.

Increasing trade, tourism and investment as well as concessional loans for infrastructure projects and construction have created opportunities for development that are highly sort after by Pacific governments. At the same time, these projects bring challenges in areas of imported labour, economic displacement, land use, commercial accountability, indebtedness, cultural understanding, and so on.

As the Silk Road initiative will likely increase the level of Chinese activity in the Pacific and because New Zealand has interests, obligations and experience in the region, mutually beneficial partnerships should arguably be sought. The tripartite project between China, New Zealand and the Cook Islands shows how this is possible.

China’s Silk Road project is the international extension of its own domestic growth and a positive expression of its desire to be more proactively engaged in the region. New Zealand should also take a proactive position, give China’s proposed Silk Road a fair go, and ensure its own interests and views are heard in the region.

Jason Young is a senior lecturer in political science and international relations and a research fellow at the New Zealand Contemporary China Research Centre. His research interests focus on Chinese politico-economic reform, agricultural development and socioeconomic change in rural China.