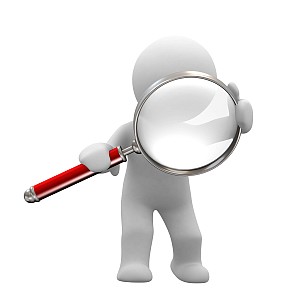 It’s not too much of a stretch to view the recent Children Baby Maternity Industry Expo (CBME) in Shanghai as a reflection of the challenges New Zealand exporters face in China – or to a greater or lesser degree, anywhere in the world for that matter.

The CBME this year was held in soaring temperatures and humidity that added to the already difficult environment of the Shanghai New International Expo Centre.

Trade shows in China, particularly of consumer goods, tend to be rowdy and tawdry and whilst there was nowhere near the number of obviously fake brands at this year’s CBME there was still plenty to rattle the nerves.

Blaring PA systems competed with each other just metres apart as if, somehow, the louder you can ramp up your soundtrack the more people are going to want your product.

Scantily-clad ‘models’ adorned many of the stands, begging the question of just how that was going to appeal to mothers (picture a 1970s plumbers convention in Las Vegas), and the stand designs ranged from the simplistic to the outrageous.

New Zealand products were on display once again with some interesting new twists. One manufacturer had obviously done a deal with the NZRU and its stand was dominated by pictures of All Blacks diving across the line with a can of infant formula tucked in where a rugby ball would normally be. You could also put your head on top of a life-size (albeit Chinese life-size) All Black torso and have your photo taken. Again, how this appeals to new Chinese mothers escapes me, but I’m sure there’s something in it – the sponsorship can’t have been cheap.

A large stand featured the new brand ‘Cowala’ which, as you may deduce from the unusual name, is a combination of a cow and a koala. The stand proudly displayed the New Zealand fern (it is a New Zealand-manufactured brand it must be said) alongside prancing ‘cowalas’. This is unnerving for a native Kiwi but perhaps it makes sense somewhere in the Chinese perception of the South Pacific region.

These are superficial issues, however, when compared with what is going on behind the scenes in the infant formula business and how it got to where it is today.

This year’s show was set against the backdrop of the recent and disruptive changes in regulations for the infant formula business in China and a significant shift in global production and marketing of the product. Anyone following the fortunes of dairy sales and infant products in particular will know of the speed with which these changes occurred and the enormity of them. These are characteristics of the way China changes and manages the market – and there’s more to come for the food industry, without a doubt.

While the new regulatory environment has certainly honed down the number of foreign brands on sale, the competition, particularly based on price, has become significantly heated.

European manufacturers, faced with burgeoning production and a shrinking number of markets to sell to, dropped their prices by 30 percent or more, dealing a fairly palpable blow to the imported premium segment of the market.

New Zealand companies too, or at least one in particular, had decided to play at the cheap end of town with the introduction of a heavily discounted brand sold online but still proudly trumpeting the quality of its New Zealand origin. After all, why should the dairy sector behave any differently to the value destroying behavior of other parts of the exporting sector?

As always there was an abundance of rumours about the next wave of changes coming the way of the sector and these provided plenty of fodder for the usual niggle between exporting companies. The thing though is that rumours in China are quite often the most reliable portend of things to come. It was the growing volume of chatter about the dairy sector that first alerted infant formula exporters to what might be about to cut them off at the knees; no official warning from either the Chinese or New Zealand authorities but alarm bells sounding from other countries’ organisations about what might be about to happen. In hindsight much of what was being said at the time turned out to be fairly accurate.

It seems very possible that labeling is going to be the next bugbear for New Zealand food and beverage exporters. The word is that the current requirement for Chinese translations on packaging to ‘follow’ the meaning of the original text (in no matter what language it appears) may be replaced with the requirement for it to be an exact translation. It also seems possible that a stick-on label will no longer suffice.

For anyone who has an appreciation of the myriad of meanings that can be attached to Chinese characters this will be enough to send a shudder down their spines. In effect, what it could mean is that any individual CIQ official at any point of entry could decide that a particular word did not have exactly the same meaning in the Chinese printed on the label and reject an entire shipment as a consequence.

This, by the way, appears to be more than just a rumour. There is apparently a memorandum doing the rounds of CIQ signaling just such a change and (although this may be a bit of auto-suggestion taking effect) the impression that the inspection of labels is getting more rigorous.

So, for exporters to China there is once again the prospect of a dramatically changing environment that has to be closely monitored and responded to, with the prospect of increased costs in labeling changes and compliance in an increasingly competitive and price sensitive market. Arguably just as it is everywhere in the world, but with many other geographic regions contracting, the situation in China takes on even greater significance.

Rod MacKenzie was NZTE’s Group GM North Asia at the time the New Zealand Focus brand was launched in Hong Kong and is now a director of the commercial entity NZ Focus Ltd, which has a presence in Hong Kong and mainland China.