Preparation and perseverance key for China 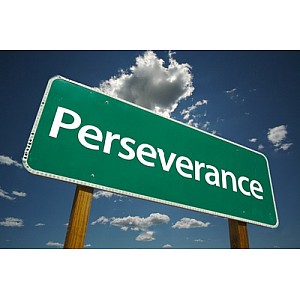 Recently, there has also been considerable coverage on the so-called slow-down in China. But even if China shifts to a period of single-digit annual GDP growth, sitting around 7.5 percent, as many predict, it will still be 7.5 percent on an annual base GDP of almost US$10 trillion. Compare this to the late 1970s when the GDP growth was over 10 percent but on a GDP base of around US$1 trillion.

Much of the growth seen over the last two to three decades has been driven by the tier one cities on the Eastern seaboard whereas much of the current growth is driven by tier two to four cities as well as inland cities. There are already 112 cities in China with populations larger than New Zealand’s total population.

As Interchina Consulting’s Frank Gibson says in Food Safety in China; A Long Correction, “…In the last 20 years the shopping experience of the Chinese consumer has become increasingly similar to that of its modern Western counterpart. However, investment along the supply chain over this period has not been balanced. The food production end – farming – has remained largely dominated by peasant agriculture. Changes in agricultural production and improvements in productivity have not kept pace with modernisation in other areas. The front end is 21st Century but the back end often looks medieval…”

New Zealand appears to have high recognition as a provider of safe food, produced in a clean and toxin-free environment and this gives New Zealand companies an edge which can be exploited to open doors in China.

As demand for higher value goods increases there are increased opportunities not only for our food and beverage producers but also for those involved in food production and processing as China seeks to improve efficiency, productivity, and safety of the domestic food production and supply chain.

Companies succeeding, or on a path to success, seem to have a few things in common:

o    They commit resources – not just in the market, but also to build knowledge, expertise, capacity, and capability into their organisations

o    They spend time to become better prepared for China.

o    They carefully determine their supplier and partner requirements; assessing and getting to know them; and, then building relationships and working with them to refine their strategy for China and to adapt that strategy to changing conditions and circumstances

A great example of a company highlighting these success factors and which exploited the opportunities and overcame the challenges is Creative Food China, a company started back in 2000 by Mr Xavier Naville to provide value-added products like ready-to-eat salads and packaged fresh vegetables into Supermarkets and Fast-Food Outlets. Naville was able to persuade the farmers to grow different vegetables and harvest them in a different way; to establish factories for processing and packing; and, to establish chilled supply chains to ensure the vegetables reached their destination in peak condition. Naville took Creative Foods from a start-up to a company with eight factories and four farms with turnover of about US$50 million and over 1000 employees delivering chilled or frozen foods daily to some 2500 foodservice outlets, eventually selling the company to a leading UK listed food company.

China, like many other markets, offers opportunity but is not without its challenges for New Zealand companies. The sheer size of the market and pace of change mean both the opportunities and challenges are perhaps amplified when comparing China against other markets. By being prepared, ready to persevere, choosing carefully and working well with partners, investing resources in and for the market, and having a passion for building mutually beneficial relationships, the opportunities can be maximised and the challenges minimised.

When it comes to doing business in China, NZTE is ready and willing to help companies increase their understanding of China, explore the opportunities and the constraints they face to increase companies’ capability and to support those companies venturing into (or already doing business in) China to reduce the time it takes from entering the market to enjoying sustainable success.

Mike Arand is NZTE’s China business development adviser based in Auckland. Prior to taking up this role in late 2014 he was Trade Commissioner in Shanghai for three years, where he led NZTE’s food and beverage activity across the Greater China Region.