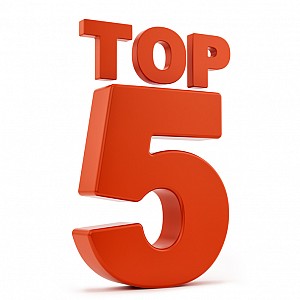 Work to raise awareness of New Zealand as offering high quality and personalised education in a “boutique” setting has been paying off for ENZ’s China Team, as New Zealand this year cracked the top five preferred overseas study destinations for China’s wealthy, as surveyed by the influential Hurun Report.

Rupert Hoogewerf, Founder, Chairman and Chief Researcher of the Hurun Report, noted “New Zealand breaking into the ‘Big 5’ shows how far it has come to building a global education programme, attracting many of China’s most successful families to send their children to study there. With 80% of these families now looking to send their children to study overseas, New Zealand’s all-round education system is able to compete at the very highest levels in the world”.

ENZ received a “Best of the Best” award for this achievement. The awards are based on the annual Chinese Luxury Consumer Survey (CLCS), now in its 11th year. Between September and November 2014 the Hurun Report surveyed 376 Chinese individuals with at least CNY 10 million (NZD 2 million) personal wealth. 62% surveyed were from the first tier cities of Shanghai, Beijing, Shenzhen and Guangzhou.

Those surveyed were asked, “what is your preferred overseas study destination?”. New Zealand followed the US, UK, Australia, and Canada (out of 12 countries), and edged out Switzerland, a popular education destination with the world’s wealthy.

“This recognition hasn’t come about by accident”, said Regional Director Alexandra Grace. “We have made a deliberate effort to connect with the Hurun Report’s readership, and to showcase that New Zealand education is something to which to aspire. We have done this in various ways, including through Hurun media interviews with our Prime Minister, Hon Steven Joyce, and with leaders such as Auckland Mayor, Len Brown. The messaging in all has been consistent: New Zealand offers high quality, personalised education in a world-class environment. Our education system fosters creativity and innovation; ideas are born in our country. And future leaders across all sectors are developed in our country”.

This isn’t the only award won recently by ENZ’s China Team. “We had a very successful year on the awards and recognition front in China last year”, said Alex. “We are off to a good start this year by also being awarded an “international partner award” from the China Education Association for International Exchange”.