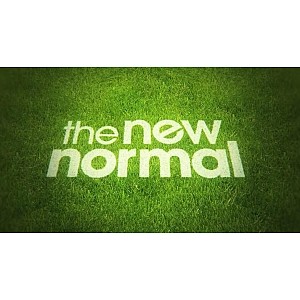 We have been hearing a lot about the ‘new normal’ here in China over the past few months.

President Xi Jinping and others have been using the term to let everyone know that the heady days of double-digit GDP growth are over and that we need to get used to the idea that lower growth rates will be the ‘norm’ in the future.

This has been hit home recently by the following firsts:

2.    The practice of setting an annual GDP growth target has been abandoned by Shanghai. Shanghai is the first city to drop the annual target - other cities will likely follow - and setting a target has always been used as a measure for career advancement of Government officials.

From a distance these two firsts might not seem all that significant but a closer look suggests they’re a signal of some deeper changes in thinking and approach.

A GDP growth of 7.4% is the lowest growth rate for a couple of decades. A low growth rate isn’t all that surprising – the likelihood of this was signalled throughout the year. What is surprising is that the target wasn’t achieved.

Previously, a miss of any kind simply didn’t happen. Meeting, or more often exceeding, economic growth targets were the way Chinese leaders climbed the political ladder. So without a target it will be interesting to see how Shanghai’s leaders expect to be able to rise to national roles. What will be the ‘new normal’ criteria for advancement?

And before we get gloomy about China slowing down it’s worth remembering that most countries in the world would be thrilled with a growth rate of 7.4%. When we look at China this growth rate is on top of what has become a massive economy. When we do the maths on this the actual annual dollar growth is a bit over NZD900 billion. This is in line with the average annual dollar growth of the last decade and not bad for a year’s work.

Under the ‘new normal’ heading there’s a clear signal being sent to leaders throughout China that growth at all costs is no longer the be all and end all. Economic growth will be important to continue to create jobs and raise living standards but it will be balanced by the anti-corruption commitment, by attention to the legal rights of citizens and by the need to protect (and regenerate) the natural environment.

Perhaps these change-markers noted above are in-fact just the latest in a number of things that have been changing for a while. The government’s anti-austerity drive has been with us for so long now that it is actually starting to feel ‘normal’ and President Xi has been very clear for some time on the need to uphold the law.

The significant shift in attention paid to environmental issues is also becoming quite visible, for example, on a recent trip to Jiangsu province government officials were not only talking about the need to improve the quality of life for their citizens but were able to show projects that have already markedly improved the green-spaces in cities like Wuxi and Suzhou.

What does the ‘new normal’ mean for New Zealand companies operating in China?

The ‘emerging middle-class’ of Chinese consumers as we have known it continues to grow and they’re investing in an even more sophisticated lifestyle - including premium food and beverage products, tourism, creative services and education. And with the emphasis being placed on quality of life, opportunities in areas like agricultural-technology, healthcare, architectural and leisure services are opening up.

Slowly but surely China is becoming a more normal place to do business. It’s easier to establish a legal entity, the rule of law is being emphasised and IP protection is being taken more seriously. That said, such developments always come with ‘Chinese characteristics’ so we shouldn’t assume that the ‘new normal’ is equal to Western normal but while significant challenges still exist for China as they balance the economic slow-down with the needs of their citizens I have to admit I’m kind of liking the ‘new normal’.

Glen Murphy is NZTE’s Regional Director for Greater China. He is based in Shanghai.