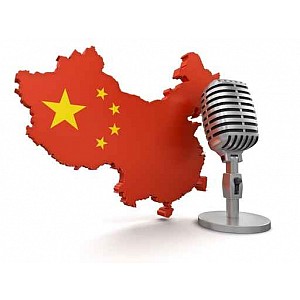 In 2012, I moved back to New Zealand after the best part of a decade living and working in China and Hong Kong. I missed China, but I loved being back and made a point of seeing parts of the country that I hadn't been to before – it was fantastic.

However, I particularly loved being back in Auckland and I couldn't help but feel that the city had done a lot of growing up in the time I’d been away.

It was hard to distinguish between the changes I'd personally experienced and what had happened to the city itself during my time away, but Auckland felt like it had grown ‘comfortable in its own skin'. That ‘skin’ had become an interesting multi-cultural blend, and celebrations of diverse festivals like Matiriki, Diwali and the Chinese New Year were outward signs of a cultural acceptance that was maybe more than skin deep.

The influence of the city's Pacific Island populations was also noticeable. Their contribution extended beyond our sports teams - their influence on food, art, the economy and music was accepted and celebrated rather than being sidelined to the Otara markets.

I recall being particularly frustrated watching a TV news report that informed me there had been serious flooding in China without mentioning in which part of this vast country the flooding had occurred. It’s still a mystery! So the news article was as useful as if they'd told me that a bomb had gone off 'somewhere in Europe'.

Fast forward a couple of years and I’m back working in China. As a result, I was recently on the judging panel of the New Zealand China Council's (NZCC) media awards, where we considered New Zealand reporters and their work as it related to China. First of all, I want to applaud the NZCC for a great initiative as we need to be encouraging great, informed reporting in order to have a quality debate about the issues that have an impact on our relationship with our largest trade partner.

Secondly, some of the reporting was excellent. As a judge, I found that I was re-reading articles I'd read when they first appeared and I was still learning from them. It is evident that our journalists are finding new angles for stories, getting deeply into the issues and taking the time to understand both the Western and Chinese views.

The New Zealand Herald’s Liam Dann took out the top spot, but the competition was really close with all the leading entrants presenting work that looked closely at the issues, took differing views into account, and generally helped to inform a much better public debate.

Congratulations to all the reporters who participated - you are doing important work that is contributing significantly to our country's understanding of China. It’s certainly better late than never in this case.

The New Zealand Story toolkit, launched in November 2013, will help companies gain a competitive advantage by sharing a strong, consistent story about what New Zealand has to offer in international markets.

The story will be brought to life around three chapters:
• Open Spaces - our land and sea, our guardianship of these spaces and the inspiration they provide
• Open Hearts - our warm and welcoming nature, the result of coming from a small country, and the integrity we demonstrate
• Open Minds - from our isolation and our place on the edge of the world, we have become ingenious, resourceful problem solvers.

More information and resources are available on www.story.newzealand.com