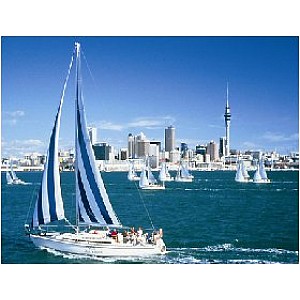 The Ministry of Economic Development released their June quarter International Visitor Survey this month and what it shows us is that at a time when there is essentially no growth in the earnings of the tourism sector in New Zealand the spending by Chinese visitors has risen sharply.

Specifically, in the year to June total spending by the 175,000 mainland Chinese who visited New Zealand was $522mn. If we include visitors from Hong Kong then these totals rise to 201,000 and $600mn. That makes wider China our second most important visitor market accounting for 10.7% of spending, behind Australia at 29.4% and ahead of the UK at 10.2%. Over the year to June spending by visitors from China grew by 27.3% while spending from Australia fell 0.2% and from the UK it fell 1.3%.

But while these numbers are interesting they are nowhere near as interesting as these next ones. On average in the year to June visitors from Australia stayed for seven days, those from the UK 20 days, and those from China only three days. This is less also than seven days for Japan and six days for Korea.

What this tells us is that the way in which NZ tourism operators can best exploit the surging Chinese tourism market is to get visitors to stay slightly longer and take advantage of their high $2,000 per visitor spending as compared with Australia’s $1,100. Making that transition however could be hard as it appears that most Chinese visiting New Zealand are in tour groups tightly controlled out of China and that such tours are often tacked onto a longer visit to Australia. Thus extending time in NZ could mean cutting time across the Tasman!

This movement of China to become our second greatest tourism market is a transition we are likely to see very soon but one notch higher with regard to net migration inflows. In the year to June New Zealand experienced a net migration loss of 3,191 people. This arose largely because of a net loss to Australia of 39,809. The biggest net inflow was the United Kingdom with 5,578. Second was China plus Hong Kong with 5,573 people followed by India at 5,201.

A year ago the difference between the UK and China wasn’t just five people but 715 and it is likely that in the year to July the wider China inflow exceeded the UK for the first time ever. This will not actually be the first time this has happened. Back in the early 2000s when there was a large surge in migration to NZ from China and Hong Kong there was a peak in the degree to which China net flows exceeded those of the UK of almost 10,000.

The key difference however is that this time around the change to China exceeding UK net flows looks to be a permanent trend change and not merely a flood associated with rule changes and the education sector.

Looking at the more up to date period of January to April 2012 China’s contribution had risen further to 28% of all foreign students. China appears on track to contribute more than $700mn to the NZ economy this year from education flows.

These data show that there is a lot more of importance to the NZ economy than just the 14.5% of merchandise goods receipts earned from exports to China and that growth in all these other areas is continuing apace.