NZCTA: The value of a contrarian perspective 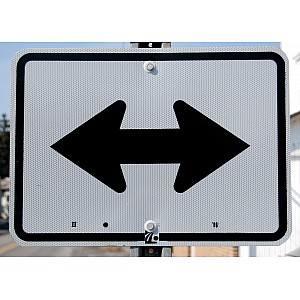 “Follow the path of the unsafe, independent thinker. Expose your ideas to the dangers of controversy. Speak your mind and fear less the label of ‘crackpot’ than the stigma of conformity. And on issues that seem important to you, stand up and be counted at any cost.”

“Whenever you find yourself on the side of the majority, it’s time to pause and reflect.”

David Mahon may no longer be in the official NZ Inc. starting line up (he benched himself two months ago by resigning as Chair of the NZTE China Beachheads programme) but he’s still on our side and he’s still calling it like he see’s it.

Mr. Mahon writes in his latest “China and New Zealand Update” that “New Zealand has yet to brand itself in China, building on the strengths of sustainability, food safety and commercial transparency.” He gives New Zealand aquaculture as an example, which he says “enters the Chinese market largely unbranded” resulting in a significant loss of value.

I imagine him to gesture emphatically when he says “It is not too late to do all these things”.

Acting Economic Development Minister David Carter has responded to Mahon’s indictments against NZ Inc.’s China-engagement by saying “I certainly don't agree with them”. Mr. Carter called suggestions that New Zealand was failing to capitalise on opportunities in China as “just plain non-nonsense”.

We’re all acutely aware of the China-opportunity at hand and all well versed in the potential for New Zealand companies in China. However, Mahon suggests that we are being complacent - lulled into a false sense of security by the extent to which our key industries (agriculture in particular) are exposed to growing demand in China.

I am reminded of a quotation used by NZCTA Executive Director, David Catty in a presentation to a gathering of horticultural professionals in Wellington recently, which went something like “China is changing but what we’re saying about China isn’t”.

This seems to be exactly what Mr. Mahon is saying; and because it’s something different I humbly suggest we listen closely.