A China Strategy - Beyond Cows and Trees? 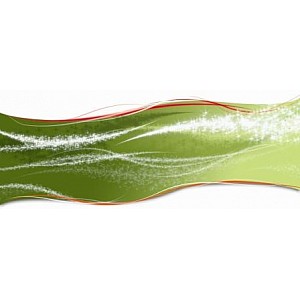 The purchase of a majority share in Synlait by Bright Dairy should be hailed as a positive signal that overseas interests are keen to invest in our productive sector even if successive Governments have encouraged New Zealanders to invest predominantly in residential property rather than taking equity in areas which should produce wealth, jobs and expansion of our economy.

It’s hard to see where else venture capital will come from whilst we continue to indulge our love affair in the housing market.

As it is China is not a particularly large investor in New Zealand at the moment, it’s just when there is interest, there seems to be a subconscious xenophobia, maybe media inspired, which seems to create negativism and resistance.

But surely whilst we are debating the China strategy for the future, we must have in mind both the continued momentum of NZ interests in China as well as the opportunities to create new enterprises in New Zealand with FDI.

Then we probably need to look beyond merely the quantity of mercantile goods traded as the sole measure of success. This measure fails to take into account the contributions of, for instance Rakon and Biovittoria – again to name but a few.

Are there qualitative measures to form the basis of our China goals? Investment – both ways – must come into it but there are other areas where we should be engaging to exploit fully the relationship built up in the wake of the FTA.

As it is, the Prime Minister has set a huge challenge to double trade in five years (based on the import and export returns from the Department of Statistics).

To meet that target and at the same time to bring our level of exports to China to match imports from China requires exports to lift each year by about 24% for five successive years after an increase of around 40% in 2009. Given the predominance of commodities in these trade statistics, that’s an awful lot of cows and trees!

No harm in setting ambitious targets. It focuses the mind and sends the right signals to our trading partner. But could the next stage be to encourage business relationships that go beyond simply waving the export ship goodbye as it leaves our shores and greeting the import ship as it berths in our ports?

Pat English, our Consul General in Guangzhou, speaking to members at a hugely informative meeting taking place as the Synlait/Bright Dairy marriage was being announced, strongly cautioned that China was changing whilst what we were being told about China was not. In other words, the advice and information being purveyed about China was getting out of date.

Even more necessary then to engage within the China market and with the Chinese in China as “made in China” becomes a very important marketing tool when selling in China.

You can learn a huge amount about China by going there, seeing how it’s developing and talking to experts, who being on the spot, are able to keep abreast with trends in China.

NZCTA plans Missions to Shanghai Expo, Hangzhou and Nanchang. The latter, in Central China, is for the 5th Central China Expo, representing six provinces with a combined population of a mere 360 million!

Details are available soon. Update yourself or introduce yourself to China by using this very user friendly way of meeting business people and finding out what’s going on and where the opportunities are.