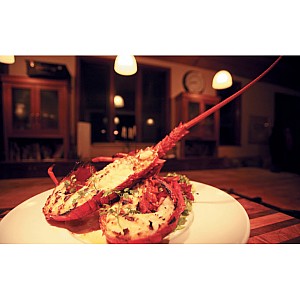 With lobsters already accounting for 70 percent of its seafood exports to China, New Zealand is looking to make further inroads into the market by cutting down the delivery time of its shellfish to 16 hours through a partnership with e-commerce giant Alibaba.

"Live lobster is our top seller. As a result of the consumption upgrade in the country more consumers are starting to enjoy premium seafood at home. It is a great opportunity for us to introduce live lobsters in the market," said Damon Paling, trade commissioner of New Zealand Trade & Enterprise.

The country is sending an initial shipment consisting of several hundreds of kilos of live rock lobsters by airfreight on Saturday and the same would be delivered to consumers in Shanghai within 16 hours. The lobsters will be sold on Yiguo, China's largest fresh food e-commerce platform invested by Alibaba, at a special promotion price of 299 yuan ($44.6) each (at a minimum weight of 450 grams).

This is the first time that Yiguo, which has been in business for more than a decade and sources food products from 147 countries around the globe, is offering what it called "direct access channel" for imported seafood. Earlier, it had launched such services with hairy crabs caught from East China's Yangcheng Lake during the prime season in October.

"Seafood, especially imported products, are one of the most chic 'superfoods' right now in China. Nicknamed as 'white protein', it is widely considered more desirable than the 'red protein' (beef and lamb) among increasingly health-conscious consumers," said Li Yi, vice president of Yiguo.

He said that since 2015 imported seafood has been enjoying a close-to-100-percent growth rate annually in China. And he believes the growth is likely to continue over the next few years.

Already the world's largest consumer of seafood, China now accounts for 37 percent of the global production of seafood and aquatic products, according to a report published in January by Netherlands-based Rabobank. It is estimated that over the next decade, China will be responsible for more than half of the global seafood consumption growth.

With the resumption of free-trade talks between China and Norway late in 2017, for example, salmon exports to China have soared by 548 percent during the first six months of this year to 7,054 metric tons, compared to that of 2017.

But Paling noted that the "direct access" of live lobsters, which is likely to be extended and expanded to other categories such as mussels in future, is not about increasing the volume, as New Zealand is a rather small seafood producer, partly restricted by its strict sustainability standards.