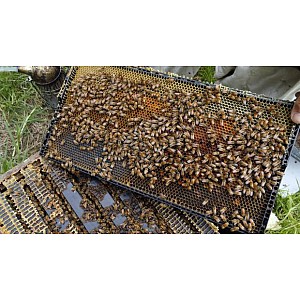 A lucrative industry is emerging in China with "professional shoppers" making sure importers are meeting local regulations.

Professional shoppers - opportunist regular consumers - are demanding money from companies importing goods into China whose products don't quite comply with local regulations, in exchange for not dobbing them in to authorities.

Sanitarium China country manager Tanne Andrews said the concept of professional shoppers was not something he had dealt with in other markets.

"I always had this idea that China was the wild west and products out of [specifications] could come in quite easily but no, it's quite the opposite," Andrews said.

"If there's something wrong with a product or if it doesn't fit with compliance there are professional shoppers who will actually test your products or check your labels and then they'll go through the local government body and say 'we've found something that's out of spec' and they'll mediate further than that and try to negotiate a settlement with you."

"Even with really small advertising breaches in the back copy of your digital file somewhere where you may have said something like your product being the number one brand, and a professional shopper has found it, made a complaint, asking for x amount of money."

Professional shoppers are everyday regular consumers who have taken it upon themselves to investigate for financial gain. "They chase the money and the compensation."

China has strict rules around products being imported into the country.

"Even if you get through Customs, you are still not safe," Andrews said.

This was seen recently when a tub of New Zealand Manuka honey, which had a misprinted expiry date of February 29, 2019 - which does not exist, was sent back to New Zealand.

"When that product landed, [China Inspection and Quarantine] CIQ and the border said they couldn't release the product because the date didn't exist," New Zealand Trade and Enterprise (NZTE) trade commissioner in Shanghai, Damon Paling, said.

"From a New Zealand perspective, we'd see that as a small potato and still allow the product to move in whereas [in China] it's perceived to be a food safety issue, and there's also a perception around counterfeit product."

The honey was not allowed to enter China and later sent back to New Zealand.

"In that example a retailer may have decided not to carry that product because they don't want the professional consumer to go in and call them out," Paling said.

Andrews said the professional shopper scenario was more common than people would expect.

"It's just a cause of worry," he said, as often slight mistakes could be made in mass scale during production.

Paling said the Chinese government had begun to crack down on these shoppers.