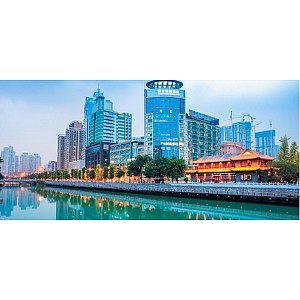 Gavin Crombie lifts the lid on a business market in China that's been flying under the radar and is rife with opportunity for New Zealand exporters.

Choosing where to take your product or service to market is always a hard decision. With an immense world out there beckoning, it is often a matter of weighing up resource allocation and making a choice based on what is achievable, not what is desired.

China is one of the many places in the world where New Zealand companies find themselves attracted to. Not just for the beguiling population numbers but also because of the high growth and a belief in what future opportunities will emerge.

But China is a vast country, with segmented markets and immense competition, not only from local (and heavily supported) companies but also from almost every other country’s competitors.

Choosing a base in China usually comes down to a choice between the recognized T1 cities of Beijing, Shanghai, Shenzhen and Guangzhou, but are these the right places to cast a net?

The upside of one of the T1 cities is easier access, more developed social infrastructure and generally a higher degree of Western-savvy potential business partners and buyers.

However, there is at least as many items on the downside list as the upside.

You stand in a long queue alongside rivals from every other part of the globe; you face buyer fatigue, traffic congestion, high living costs, and you rarely get high level access to the decision makers. New Zealand businesses also suffer from the disadvantage of coming from a very low population base which restricts efficiencies of scale in pricing.

That makes other cities in China more attractive to New Zealand companies simply because the marketplace is less crowded, the pace is less frenetic and access to key people is far more straightforward.

One of these places is Chengdu in Sichuan Province, where New Zealand recently opened a consulate.

Sichuan Airlines has indicated it may start direct flights between Auckland and Chengdu at some point in the near future and it has even been suggested Air New Zealand might in the future.

It is a city of around 14 million people, tucked right beneath the Himalayan Plateau in the South-West of China and is a very rapidly growing city with population estimates of 16 million by 2018.

It is a city that boxes above its weight economically. It is currently the engine room of the Chinese economy and secured #1 place on the Milken Institute’s ‘Best Performing Cities 2015’ – winning a staggering seven out of the nine categories for assessment, and beat all T1 and T2 contenders.

Chengdu’s growth rate is currently running at around 13 percent, which is twice the national rate.

It is host to 52 fully accredited Universities and 660 tertiary institutions and has nearly two million students at any one time - giving the city a highly accessible labour supply.

There are already 271 of the Fortune 500 companies in Chengdu – with the most significant being the world’s largest chip making plant run by Intel.

Foxconn employs 250,000 people in Chengdu, and the city has one of the world’s largest software development parks – the Tian Fu Software Park which covers several square kilometres and employs hundreds of thousands of software developers and science graduates.

Chengdu regularly appears on the Most Liveable City lists in China, with brand new infrastructure and ease of movement around its highly populated but manageable city centre.

Chengdu is also the southern anchor point for the 'One Belt One Road' strategy and already has direct train services from Chengdu to Poland – getting to European markets in 12 days.

It is also the heart of agriculture in China – with the surrounding province of 80 million people standing on the richest and most productive soil in China. The underpinning wealth generated from the domestic export of agricultural produce heavily insulates the province from economic downturns.

As a result of the wealth that is generated in the area, Chengdu has the highest level of consumption in China, yet boasts a living cost of around 30-40 percent of the coastal cities.

For New Zealand companies Chengdu provides a China-lite experience – with minimal competition from foreign and national competitors; the city is a place that is manageable.

To compare numbers Shanghai has a total foreign population of around 200,000 compared to Chengdu’s approximately 16,000.

So far, there has been little penetration of New Zealand companies into Chengdu and the city represents a very compelling opportunity for Kiwi companies to develop into beneficial business opportunities.

Adding the surrounding areas (provincial Sichuan and the three neighbouring provinces) there is a potential marketplace of around 300 million people.

Industries that would do well in Chengdu range from the ubiquitous food and beverage through software and game development and into agricultural technologies and high-tech manufacturing.

It might be China’s best kept secret but it won’t remain that way for long.

Businesses interested in exporting to Chengdu are welcome to contact NZTE, as there is now local NZTE representation.