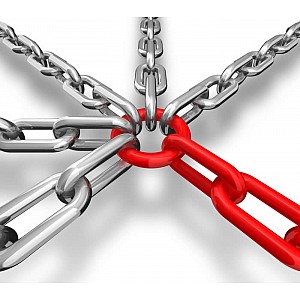 The experience of importing goods into China need not be laden with hidden costs and nasty surprises.  New Zealand exporters can plan and partner with their designated China importers to operate a compliant and efficient import supply-chain.

Quantifiable data in respect of cargo inspection rates and cargo clearance times exists and this can be used in supply-chain planning and performance measurement.  Increasingly we are seeing this data included into service contracts with Import Agents and Customs Brokers as part of their key performance indicators.

Below is a summary of a PwC China report that gathered data in 2016 from over 500 employees of foreign and domestic invested enterprises that generally work in a supply-chain or logistics role.  Over one third of the participants reported more than ten years of work experience in the field of customs and international trade.

New Zealand exporters can use this information as a roadmap for benchmarking China import supply-chain strategy and operating performance.

Who is doing the importing?

The remaining twenty percent of companies are still engaging a third party Import Agent to act as the legal importer-of-record.  The Import Agent approach is more likely for New Zealand companies that have a light commercial footprint in China, prefer to ship and sell FOB, and trade product that requires complex import licenses from CIQ.

What are the likely clearance times?

The leading agencies at the border, namely China Customs and Commodity Inspection and Quarantine (CIQ), have a risk-based approach to supervision of imported goods.  The assigned ranking with Customs and CIQ respectively influences the efficiency of import clearance processes.

In respect of Customs, most companies are ranked as “Advanced Certified Enterprises” – formerly known as “Category A” – which signifies a compliant track record and good standing with Customs.   Under the new enterprise credit management rule the rank of the Importer should be published online.  The average import Customs clearance time to be expected is as follows:

CIQ is the lead agency enforcing non-tariff measures (NTMs) such as sanitary or environmental protection measures, technical barriers to trade etc.  NTM should be established based on scientific principles and uphold consumer health and safety.  New Zealand exporters in the dairy, seafood, and food and beverage sectors must all comply with various NTM.

The average CIQ inspection rate to be expected is summarised as follows:

Imported product is typically Customs cleared first and then stored temporarily in a CIQ authorised non-bonded warehouse pending the outcome of the CIQ inspection and testing result.  The average CIQ clearance lead time to be expected is as follows:

First-time exporters to China in sectors such as food and beverage are required to complete an on-line registration with AQSIQ in advance of importation.  They are also required to pre-register with the local in-charge CIQ the product label in accordance with the applicable National Standard (GB).  The designated importer should also be registered with the local in-charge CIQ.  Additional lead time should be planned for the first-time inspection and testing by CIQ.

Certain New Zealand companies, particularly those importing live seafood, enjoy superior “green channels” at Ports such as Pudong Airport that can enable same-day Customs and CIQ clearance so that this premium produce is well delivered into the food service sector.

Commencing in September 2013 Shanghai officially launched the first new “pilot free trade zone” and these have since been rolled out in several other cities including Tianjin and Shenzhen.Simplified import procedures are a feature of these new zones.

During 2014 and 2015 Shanghai Customs released 31 new policies to facilitate trade.  Companies have reported that the new Customs policies delivering the most significant supply-chain gains are as follows:

During 2014 and 2015 Shanghai CIQ released 30 new policies to facilitate trade.  Similarly, companies report that the new CIQ policies delivering the most significant supply-chain gains are as follows:

CIQ continue to talk about expanding the scope of third-party laboratory testing to wider categories of product, including food and beverage.  Private sector companies are at the same time exploring the possibility of performing third-party testing in New Zealand against the applicable China standards.  This development if implemented comprehensively would deliver significant gains for certain New Zealand companies.

The majority of trade by HS Code now enjoys a 0% tariff upon entry into China subject to qualification per the Rules of Origin.  Customs’ reserves the right to challenge the legitimacy of an FTA claim as lodged by the Importer.  Checks typically take place upon arrival and declaration of the imported goods and they are made by the in-charge Port Customs.  Importers can still expect to encounter the following practical challenges when using the FTA:

On a positive note, the New Zealand Customs Service and China Customs have agreed to launch a new Joint Electronic Verification (JEV) system to streamline and accelerate customs clearance procedures. Under the new Joint Electronic Verification System initiative, exporters will need to enter their unique Certificate of Origin reference number on their electronic export documents, which will then be matched to the electronic data shared between the two agencies.  This development, once fully implemented, would make trade easier for New Zealand exporters.  New Zealand will be the first country to have a JES system with China and the program should be launched in late 2016.

When Importers are challenged by Customs most of the checks are focused on the declared invoice value and the HS Code (tariff classification).  Customs are well versed on certain industry invoicing practices and grey channel imports. Approximately thirty-eight percent of cases initiated by Customs resulted in additional duties being assessed.  Additional financial penalty was only applied in fourteen percent of the cases.  Most audits take 3 – 6 months to resolve.  In order to resolve issues or to proactively make improvements the following action was taken:

Customs and CIQ will continue to deploy simplified import procedures and to facilitate international trade.  However, changing National Standards (GB) as published by AQSIQ and inconsistency in local port practices will remain a challenge in the short to medium term.  Future challenges include implementation of the Food Safety Law that may require the original product packaging to contain the national standards in Chinese.  A typical New Zealand to China end-to-end shipping process still requires approximately 20 documents.  Exporters that are diligent in documentation accuracy and invest in relationships with Customs and CIQ at the port of entry can position themselves to enjoy a streamlined clearance process.