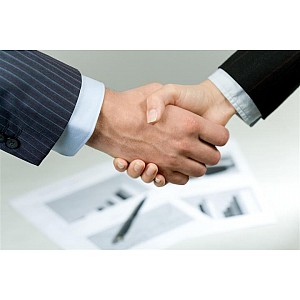 New Zealand and China are signatories of a Free Trade Agreement (2008) which encourages trade between the countries via tariff concessions and working-holiday schemes for skilled workers. Many large New Zealand companies such as Fonterra and Fisher & Paykel have already invested heavily in China as a result, often via means of joint-ventures with Chinese companies. It is important now more than ever, for New Zealand companies to look at the issues that can arise in the translation of business and trade contracts when doing business with Chinese companies and to examine the potential conflicts before they become problems.

China has a different background from the West in concepts of legal systems. In China the law is often not seen as rigid and inflexible, but instead seen is a tool with which to maintain social harmony, which can be applied discretionarily as deemed necessary. This can be seen in many areas of Chinese law, such as the ban on public smoking which is almost never enforced, but gives the police the power to stop people smoking any time if they feel it is necessary. Often certain laws are only invoked in order to settle a dispute between two parties, and if there is no dispute then some laws are often not stringently applied.

Modern contract law is essentially a Western concept that has been adopted increasingly in China in recent years, especially with the huge growth in exports and international trade. A “Unified Contract Law” was only put in place in 1999.

For potential investors and companies investing in joint-ventures then, understanding that what is taken for granted in Western law may not apply in China unless it is explicitly spelt out is of utmost importance. If contractual responsibilities are clearly written into the contract, there is little chance of them being overruled in court, but it is important for foreign companies to ensure that there is a true mutual understanding of contractual obligations between both parties. This is extremely important when writing contracts for business between the two countries.

The differences between English and Mandarin are also just as important when it comes to business contracts between Chinese and New Zealand companies. Chinese language belongs to a completely different language family than English does. An added complication is that Chinese is written using its own script comprising of many thousands of characters, unlike English which uses a Latin-based alphabet of 26 letters. Meanings of Chinese words are not always 100% translatable and official translations of certain words are often different in one language between English and Chinese. This means some Chinese words have a more specific meaning than their English “translations”. The reverse is also true, where a single Chinese word can have a broad meaning that is not always expressible in English by a single word. An example of this is the Chinese word 必须 (bixu), which has a broad meaning and can be legitimately translated as ‘must’, ‘shall’, ‘may’ or ‘should’ in English. In contracts however, these shades of difference can be very important. The best approach is staying as close to a literal translation as possible, but remaining open to deviating from the source text and using different words to express in order to best express the original intention of the source text.

Issues with translation of business contracts

So how should New Zealand companies should go about acquiring suitable translations for business contracts and negotiate their way around the potential pitfalls? Translation is needed both for Chinese companies’ contracts to be translated into English and vice versa. As is industry practice, it is highly preferable for the translator to be a native speaker of the target language, that is, the language the contract is being translated into. The translator must also be familiar with contracts and contract law in both languages. The main difficulty is the lack of qualified translators who have industry knowledge and experience. Many Chinese companies use translation agencies based in major cities in China for the translation of business documents, including contracts, into English. However, many of the translators are not qualified in translation, or lack knowledge of the field or industry that they are translating documents for. This often leads to serious misinterpretations and mistranslations which can have major consequences. Businesses which need translations of business contracts also should be careful to ensure their translator is qualified in translation and, if possible, has actual knowledge and experience in the industry they are translating for. New Zealand companies who are afraid of dealing directly with Chinese translation agencies can go through a New Zealand-based translation company who will be able to ensure the quality of the translation. However, despite the problems that exist within Chinese translation agencies, the industry is improving. A recent example is when the State Food and Drug Association in China carried out a major review, requiring Chinese translations for everything imported into China, all of which had to be approved by the SFDA after translating. These types of regulations help encourage professional standards in the translation industry. There are now 15 universities accredited to confer bachelor and masters degrees in translation and interpreting. All this is encouraging and shows that the translation industry in China is becoming more and more regulated and reliable.

How to get good translations of business contracts

When it comes to translating contracts however, the translator cannot afford to make his own decisions when faced with ambiguities in the translation, but should consult the client company to discuss the most appropriate term in the target language. This is to avoid any potential for misinterpretation later on. However, constantly consulting the client may not always be possible, as many businesses have little patience with translators. Nevertheless, for businessmen who want to ensure they share a truly mutual understanding with their foreign-language counterparts, it is the best way of avoiding contractual disputes and misunderstandings. The sad fact is that many businesses spend vast amounts of time and money perfecting their sales pitch and the wording of their contracts in their own language, but then often get a translation done at the last minute, putting a lot of pressure on the translator when in fact, as much time should be invested in translation as was in the original.

When doing business between China and New Zealand, the translation of documents is essential and none more so than business contracts. It is important for New Zealand businesses and investors to be aware of the differences between countries and not to take for granted conventions that may not be the same in China. From a Western perspective there is a lot of inconsistency in Chinese law and the enforcement of regulations, particularly from one province to the next. The best way for New Zealand businesses to avoid legal pitfalls is to spell out in as much detail as possible the expectations of each party, and elaborate on what certain terms actually entail. This ensures that if a dispute is ever brought before a tribunal, they will have a far better chance of arguing their case. Another potential problem for New Zealand companies doing business with Chinese companies is the actual translation itself of contract terms. Many terms do not translate with 100% accuracy, since they will have different connotations and either broader or narrower meanings in one language than in the other. The best long-term solution is to spend as much time and care in the translation of a contract as is spent in the writing of the original contract. This means conversing with the translators and translation agencies, rather than simply sending them a document and expecting them to send back a facsimile in the other language. Although going over certain clauses of the contract with a translator can be time-consuming, it is well worth the effort in the end. Many companies spend weeks or months carefully wording documents in English, only to have them translated at the last minute into another language in a rush, potentially undoing all their careful work in a hurry to get a ‘quick’ translation. It is advisable for New Zealand companies to have documents and contracts translated through a New Zealand-based translation agency, which can guarantee the quality and accuracy of their translation, while also being able to sub-contract to a China-based agency if necessary.