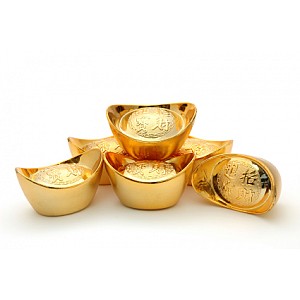 The Chinese Tax Bureau allows foreign staff (including those from Hong Kong, Macau and Taiwan) to deduct certain “allowances” before calculating the tax burden on their monthly salary. This is something that should be discussed between an employee and employer as part of the overall salary package discussions, however there are two prerequisites to the deduction of allowances:

Let’s look at the deductions that are allowable one-by-one:

Foreign employees are allowed to deduct a certain amount that they spend on meals each month from their taxable income. Most of the fapiaos submitted should be issued by restaurants; although for some portion of the allowance fapiaos issued by supermarkets may also be accepted. Please note that the fapiao should state that the product purchased was “meals” or “food.”

The amount spent on rental of an apartment may also be deducted. However please be aware that in China a private landlord will often be reluctant to issue an official fapiao because in order to obtain one, he/she must pay approximately 17 percent of the rental amount received to the Tax Bureau. If a fapiao is requested, the landlord will likely charge a large premium on top of the originally negotiated rental amount. Foreign employees that require a fapiao should negotiate this with the landlord before signing the rental contract. Fapiao issuance should be clearly mentioned in the agreement. Foreign employees living in a serviced residence will not have this problem – the residence will be managed by a company that can issue a fapiao.

This is fairly self-explanatory – an allowance for the dry cleaning of clothes etc.

Each year a foreign employee is allowed to deduct the cost of one or two return flights back to their home country (usually the cost of a ticket up to business class may be permitted). Note that flights to other destinations are normally not accepted.

Cost of hotels and other expenses are also not accepted as this is considered a home visit allowance, not a vacation allowance.

Allowance as a proportion of salary

One key point is how much of a foreign employee’s salary can be allocated to allowances. This is something that is not clearly defined by the law, which stipulates that the allowances should be “reasonable.” In practice, many companies adopt a proportion of 30 percent of the total salary of the foreign employee and classify this portion as allowances. There is always the possibility that the tax office will challenge the company on this issue, so we recommend that the proportion of allowance should be set at or below this level.