<< Video: Adapting to the speed of the Chinese market Setting Up a Wholly Foreign-Owned Enterprise in China >> 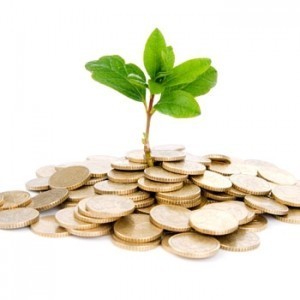 The Free Trade Agreement with China and its potential to increase trade may get all the headlines, but New Zealanders still need to be more “culturally strategic” to tap into the significant capital that Chinese are looking to invest overseas.

If we get this right - culturally and from a business point of view - it will provide enormous benefits to New Zealand’s economy for decades.

“Historically, the source of foreign direct investment in New Zealand has been Australia, the US and the UK, which are all culturally similar to New Zealand. There is a risk that we approach Chinese investors in the same way. Many service providers think they can just continue to deliver professional services in the way that they are used to doing. That approach does not work with Chinese clients and, as a nation, we need to lift our game,” says Martin Thomson, a partner with DLA Phillips Fox who specialises in corporate and commercial law, including overseas investment.

For several years, Martin and colleague Terence Ng, a partner in the firms Banking and Finance and Corporate and Commercial teams, have worked closely with a number of China’s state-owned enterprises, privately owned companies and wealthy individuals seeking to invest in New Zealand. Both reinforce the importance of having a native Chinese speaker “at the top”.

“Chinese clients feel comfortable knowing that I speak their language, have empathy for their culture and have an understanding of Chinese customs,” says Terence, who emigrated to New Zealand in 1989 from Hong Kong, at high school age, and obtained his legal qualifications in New Zealand. Terence is one of the few native Chinese speakers to be made a partner in a large law firm in New Zealand.

Being bilingual, culturally attuned, and a partner in a large law firm has many advantages. can give advice directly to clients in Mandarin or Cantonese or call on Martin and other partners, on an expertise needs basis, and then translate their advice for the clients.

"If we want to see investment from China grow as fast as two-way trade has, both sides have to gain a deeper understanding and trust of each other. New Zealanders, being Western, believe contracts need to be tight, with every eventuality considered. Chinese, being Eastern, prefer simpler contracts. They are more concerned with establishing a relationship of trust than having all the details recorded on a piece of paper," says Terence.

That’s why, in addition to bringing potential partners together to make deals happen, Martin and Terence present a formidable team, being “culturally sensitive and business savvy” in their dealings, explaining each side to the other to bridge any cultural divide.

Chinese investors still struggle to understand, for example, how deals that the New Zealand Government has approved (like Crafar Farms) can be challenged and even overturned by a few interested parties. In China, if the government supports a business deal, it’s going to happen.

There is a need for more openness and awareness if New Zealand businesses are to become better at identifying real opportunities for Chinese investment. Unfortunately, New Zealand firms have been slow to develop senior Chinese managers with the knowledge to negotiate and make deals happen. New Zealand companies, particularly those with a focus on the Chinese market, need to invest in gaining knowledge about the Chinese business culture, as well as seeing it as a source of capital growth.

“Terence and I help both sides understand each other. Two-way trade and investment from China can help drive New Zealand’s growth and prosperity if New Zealand companies put in the hard yards and build strong cultural relationships to making long-term deals happen,” says Martin.

Martin adds that you cannot overestimate the importance of strong government-to-government, and leader-to-leader relationships (witness John Key and China President Xi Jinping at the Apec Summit in Bali). Equally important is on-going and consistent interaction between Chinese and New Zealand organisations, including law firms and other service providers.

Terence and Martin constantly liaise with their Chinese clients over the phone - or draw upon the firm's alliance with DLA Piper's offices in Beijing, Shanghai and Hong Kong. They also frequently travel to China “it’s what you do to build relationships and knowledge.”

Both partners believe that Chinese are thinking long term."Chinese investors are not focussed on short-term results. In the coming decades, we have no doubt that our firm will help Chinese invest significant capital in New Zealand and create jobs for New Zealanders. It is inevitable, but only if we do business the way that Chinese want to do business. That’s really the key,” says Terence.

“China is getting wealthier and its consumers want higher quality products. They want to invest overseas. New Zealand produces high quality food products, and we should be open to investment, job-creation and sharing knowledge. This should be a marriage made in heaven,” says Martin.

Terence Ng is a partner in DLA Phillips Fox's Corporate & Commercial and Banking & Finance teams. He is fluent in Mandarin, Cantonese and English, and is instrumental in the growth of DLA Phillips Fox’s expanding Asia team. Terence has over 15 years’ experience advising clients on a broad range of international and domestic financing transactions, and he acts for a number of Chinese (both state-owned and non-state owned) corporations for their outbound investments in New Zealand.

<< Strategy  < Video: Adapting to the speed of the Chinese market | Setting Up a Wholly Foreign-Owned Enterprise in China >