My logo is bigger than your logo! The culture of Chinese consumerism.

<< Made in China: From Small Labels to Big Possibilities SMEs in China: Much Opportunity But Little Room For Error >> 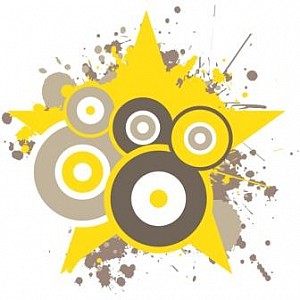 In this article, Rand Han from Littleredbook takes us on an irreverant journey into the heart of Chinese consumerism and explores the driving forces behind China’s voracious appetite for luxury goods. Take note niche, high-end New Zealand manufacturers.

One billion material girls…for the single man, both a blessing and a curse.

China consumes 25% of the world’s luxury goods; this surpasses every country, even the US. When considering its per capita income of USD 2000 (I’m rounding up here), and the fact that luxury goods are no cheaper in China then elsewhere (not counting counterfeits of course) it’s culturally interesting to probe the reasons why Chinese spend such a large percentage of their income on luxury. Is it a status thing? Is it an appreciation of “the finer things”?

Well its actually a mixture of both, but the recipe in China calls for a different ratio of ingredients compared to the West. Also, cultural factors and Chinese history play a major role in the motivations of today’s consumers. The World Luxury Association predicts China’s demand for products will increase from 86 billion to 136 billion by 2010… crazy right? I’ll attempt to show the logic behind this statistic (wish me luck).

My logo is bigger than your logo!

Yes the #1 reason why Chinese buy luxury goods is to show off. Profound isn’t it? Well, it does get marginally more profound; showing off is a bit different in China than from the West.

A role model for us all.

China considers luxury brands to be symbol’s of status; while thats true in most places, it’s super-true in China. Due to stiff competition among, oh a billion or so peers, Chinese tend to use luxury goods as a territorial warning; i.e. "I’m successful, I can afford to surround myself with all this glittering **** so back the **** off!"

Well maybe they don’t say it like that, but you can feel the implication. Statistically, 64% of Chinese equate luxury brands with success, while a small 1% feel luxury brands have superficial connotations; so we tend to see a lot of “social statements” being made using luxury products, while in the West, a more understated approach is desired.

There is a great deal of function without emotion in play here; one could say that the average Chinese hasn’t had enough time to emotionally bond with a luxury brand (just when you thought coke’d out models were universally adored), so interchangeability between brands is common (like coke’d out models I assume). (Source: TNS, Luxury Brands and Middle Class Chinese, Online survey, Nov.2006)

As Chinese become more familiar with luxury brands as a part of their lives, we see a gradual evolution from pure materialism, to emotional bonding with a particular brand (cynically: focused materialism). This is seen pretty much only in Shanghai where the effect of American imperialism is most obviously felt; products bought include watches and furniture by men, and jewelry and purses by women. Makes sense except for the men + furniture combo… that’s a head scratcher.

Men vs. women; who’s the bigger spender in China?

Surprisingly, men, 25-40 years old, come out ahead in terms of annual spend (compared to the West this group would be 40-70). This aligns with recent Chinese history and it’s 20+ year flirtation with capitalism. Among the richest men in China, 3 out of 5 are in their 30s, and the average age of the richest men is about 47 (vs. 60 in Europe).

So what do these sugar daddies buy? Well as the label entails, quite a few things for their wives and mistresses. In fact, luxury consumption among second wives and mistresses (which rank lower then 2nd wives) is highly competitive; brands transform themselves into symbols of power and desire, and as an exchange for time spent.

So do women win this category after all? Not quite; as stated above, the territorial aspect of luxury status motivates Chinese men to purchase the bulk of status-lifting glitter and glam; from new cars, new clothes, and the accessories that go with.

“Gift” giving is a big part of consumption as well; In China, 50% of luxury consumption is due to gifts from companies to clients. That’s 50% of the present USD 86 billion spent per year. This is largely due to guanxi, the Chinese word for “you scratch my back, I’ll give you USD 43 billion in gifts”; the reciprocal nature of guanxi helps smooth the way for new client wins, recommendations, raises, promotions, and generally, personal gain. Luxury brands are no dummies; realizing this trend many have established Corporate Gift programs for both local and locally-based foreign companies.

China’s a big place, and attitudes differ region to region. In the northeast we see the BIG LOGO and outstanding (read: gaudy) decorations reign supreme. In the South, consumers tend to be a bit more conservative and pay attention to detail.

Central areas, like Chengdu, do not earn a high income compared to the rest, but consume similar to Americans, buying luxury items that are beyond their means. In cosmopolitan Shanghai, BIG LOGO and blingbling are slowly being phased out and understatement is becoming more fashionable.

This brief introduction into China’s consumer culture begs the question “So now what?.” In a follow up blog entry, I’ll go over many of the challenges brand’s face when entering the market; and a general approach to solving potential problems.

This article first appeared on Littleredbook, a blog dedicated to to giving visitors deeper look into China advertising, marketing, communications and culture.

<< Strategy  < Made in China: From Small Labels to Big Possibilities | SMEs in China: Much Opportunity But Little Room For Error >