Made in China: From Small Labels to Big Possibilities

<< Product Development: Partnering with factories in China My logo is bigger than your logo! The culture of Chinese consumerism. >> 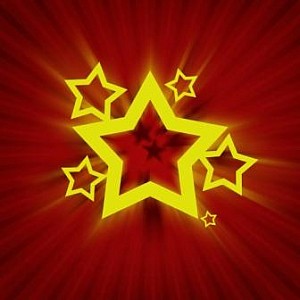 Thanks to our good friends at The China Sourcing Blog, this excellent article considers China's prominence as a sourcing destination and offers advice for formulating your "Made in China" strategy.

The words 'Made in China' can be found everywhere, from the labels on basic necessities such as clothing to the portable music players and cellular phones which exemplify modern life’s conveniences. It is the work of international procurement professionals who have brought these products from the manufacturing floors of China to households worldwide. China’s emergence as the world’s largest exporter in 2009 is further evidence of the immensity of this nation’s sourcing potential. But before calling the bank to open a letter of credit, it is best to first understand sourcing from China and how to engage with this unique business environment.

The reason for China’s position as the foremost sourcing destination is of course, low costs. On average, 30% cost savings can be expected for products procured from China in comparison with the home country. Everything from machinery to articles of steel to furniture can be obtained cheaply. At the heart of this are labour costs. Average wages in developed nations such as the United States are nearly 30 times those of China. Even other developing nations are unable to compete with China on a cost basis, as the average wage in Brazil is over six times that of China, and in Mexico, three times.

Second and often overlooked is China’s infrastructure which gives it a distinct advantage over other developing nations. China ranks 27th on the World Bank’s Logistical Performance Index—higher than the other BRIC nations. Numerous, newly constructed, multiple lane highways and 78,000 kilometres of railway end in six of the world’s ten busiest ports along China’s coastline. By air, 500 airports are available to link Chinese products with their end-users abroad. This network of thoroughfares effectively link China’s low labour costs with the world.

The question then becomes how does the world—or more specifically, the procurement manager—access China’s potential. This process begins at home with an effective strategy, the pivotal element of which involves deciding on the point of contact with Chinese suppliers, the conduit between decision makers at home with Chinese producers. To manage this crucial task there are three options: to work with a local Chinese agent, to work with an international company with a presence in China or to dispatch employees to China for on-site operations.

Using a local Chinese agent is the cheapest option. Such agents have the potential to be well connected within various industries. The most experienced Chinese agents are likely to find the most suitable products for their foreign partners at the most favourable prices. The downside is that this approach is open to cultural misunderstandings and difficulties. A common complaint is that Chinese counterparts are often less responsive to emails, and even when responsive may be less direct regarding actual circumstances; a straightforward “no” is rare. Thousands of Chinese agents exist, making the best ones more arduous to find. Furthermore, many of these agents may not have the appropriate import/export registration.

An alternative to this is to use an international firm with a presence in China. These firms typically employ international staff members alongside local Chinese to obtain “the best of both worlds”. A more acute understanding of the home office’s procurement requests can be obtained through the use of these agents; it may even be possible to find such an agent from the same country of origin in the more cosmopolitan cities of Shanghai and Beijing. These foreign-owned companies are able to obtain import/export rights, and often do. On the downside, international agents tend to charge higher fees for their services and are subject to more strict administrative controls which may cause delays or unexpected costs in the procurement process.

There is also the option to forego the use of third parties by directly dispatching employees to China. This may be the most attractive option for those considering large scale operations abroad. Expatriated staff members will already be aware of the product requirements and time frames, thus eliminating any communication problems. This option may also be considered if relationships have previously been established with Chinese suppliers as the China-focused strategy matures. It is a less feasible option for those still in the early stages of their China strategy as it is difficult for newcomers to China to find appropriate suppliers and to manage all steps in the production-to-port process.

Although there are options for establishing a point of contact in China, having a representative of the home company physically present in the country greatly eases the business process with suppliers. Business in China is centered on relationship-building. Having a face to associate with the voice over the phone or the signature line of an email will foster a more personal commitment from the Chinese supplier. This process entails regular visits, if even from an agent, and is an important cultural aspect in dealing with Chinese producers. Concurrent on-site inspections further work to ensure greater quality control.

Through effective communication the China low-cost advantage can be transformed into profit and customer savings. The question is just HOW this will be done, because China sourcing is all about having a strategy that works for you.

<< Strategy  < Product Development: Partnering with factories in China | My logo is bigger than your logo! The culture of Chinese consumerism. >