China Gets a Taste of Wellington’s Mojo 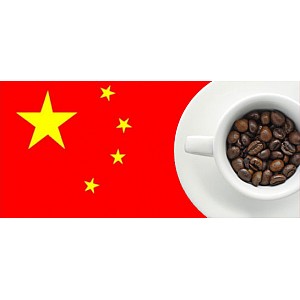 Wellington’s Mojo Coffee has taken to teaching Chinese the taste of real coffee through their boutique roaster café in Xi’an.

“They do drink a lot of tea in China,” says Mojo founder Steve Gianoutsos who was on hand along with business partner Charlie Zheng, to check the coffee being served was the real stuff when the new shop opened.

“The local market is accustomed to the American style of big coffee mugs,” says Steve. “Our job is to educate them in Speciality Coffee, Mojo-style coffee, drunk in smaller cups than they are used to – it sound simple enough but like all good things it is going to take time.”

He has been involved in setting up three Mojo coffee outlets in Tokyo and says learning how to establish a business in a country where you do not speak the language and where rules are completely different, is a challenge.

“We have more than 30 Mojo outlets across New Zealand where it is easier to set up business than anywhere else in the world.

“Everyone is pretty straight up and will give you a fair go, but everywhere else has a hard edge which can trip you up pretty quickly,” he says.

Fortunately for Steve, his business partner lives just around the corner in downtown Wellington. Charlie Zheng, a fellow Wellington resident, and Steven meet once a week on average, compare notes and discuss issues including logistics in getting a regular supply of quality coffee beans ( green coffee supplied via San Francisco) and fresh milk (the supply will be local initially) in place of the regular UHT milk used mostly by Chinese coffee drinkers.

“I have been fortunate to have found Charlie who has a strong belief in the potential of New Zealanders doing business in China,” says Steve.

Charlie is very keen on establishing a New Zealand presence in his home province of Xi’an where a New Zealand Centre is being developed by two Chinese-based companies HaiRong Group and Xi’an Zhongniu Trade Company. New Zealand business people, Roger Fraser, Mike Wilkins and Mark Keddell, along with Steven, are supporting the development.

“It will provide a launching pad for businesses coming into China and provide a local presence for interested companies,” Steve says.

Mojo has already claimed a spot within the centre and a there is a lot of interest from other New Zealand organisations.

‘This is a great boost for Wellington food producers and entrepreneurs as we now have a live example to demonstrate what we have to offer,” she says. “Good coffee will be a great reason for people to come to the New Zealand Centre in Xi’ian and do business.”

“Our sister relationships with Xiamen and other Chinese cities and provinces, have established a bond of friendship which is an essential first stage of any business transaction in China,” she says.

Wellington Regional Economic Development Agency (WREDA) Chief Executive Chris Whelan says the agency has been working closely on the Mojo project and would apply the learnings to assisting other businesses investigating expansion into China.

“There’s a growing understanding about New Zealand and its high quality, ethical approach to doing business, along with a strong market for our primary products, consumer goods, education, screen industries and tourism,” he says.

“Mojo’s expansion is a fantastic example of how in-market expertise and relationships can open doors and turn ideas into realities,” he says.