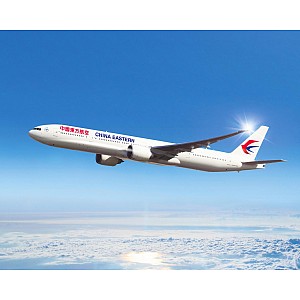 Auckland Airport and China Eastern Airlines are delighted to announce a new seasonal Shanghai to Auckland service, scheduled to commence in December 2014.

The new service from China Eastern Airlines will see a direct flight operating on the Shanghai to Auckland route during the peak New Zealand period of December 2014 to March 2015. The service will initially operate four flights per week which will increase to seven flights per week in January 2015.

Charles Spillane, Auckland Airport’s acting general manager aeronautical commercial, says the introduction of this service  will add an extra 47,000 seats on this route, contributing an estimated $54 million to the New Zealand economy over the peak New Zealand period.

“Shanghai is an incredibly dynamic city and represents a huge growth opportunity for the New Zealand market,” says Mr Spillane. “When we look at the year ending June 2014, we saw almost 36,000 visitors arriving from Shanghai, an increase of 20 per cent when compared to the same period the year before,” continues Mr Spillane.

“Currently there is only one direct carrier on the Shanghai to Auckland route. With the introduction of China Eastern Airlines, we are expecting double digit growth from the Shanghai market during the peak New Zealand summer period. Not only will this new seasonal service deliver more capacity and choice for travellers but it will also stimulate demand by diversifying the product offering on this route.”

“We have also experienced impressive growth from the Chinese market as a whole, with China now placed as New Zealand’s second largest tourist market. The new Chinese travel law, which was introduced in October 2013, has helped to positively reshape the market by requiring travel sellers in China to offer better quality group tour packages. This has meant we are seeing increased numbers of high-value Chinese tourists visiting New Zealand, contributing more to our tourism industry and also the New Zealand economy.”

Ms. Kathy Zhang, General Manager Oceania for China Eastern Airlines, says the airline is excited to introduce seasonal flights to the New Zealand market. “We operated two charter flights on the Shanghai to Auckland route during the 2014 Chinese New Year and experienced great demand for these flights.”
“That success has played a crucial role in our decision to offer this new seasonal operation. New Zealand is one of the most popular destinations for Chinese travellers and we are confident we will experience strong demand for our new service.”

The new service from China Eastern Airlines will operate on the Shanghai to Auckland route from 9 December 2014 to 28 March 2015 (subject to regulatory approval).

China Eastern Airlines, headquartered in Shanghai, is one of the three major airlines in mainland China. It flies a fleet of more than 500 long-haul and short-haul aircraft with an average age of less than seven years. China Eastern Airlines serves nearly 80 million travellers annually and ranks among the world’s top five airlines in terms of passenger transportation volume.

As an official member of SkyTeam, China Eastern Airlines has extended its flight network from Shanghai to 1064 cities in 178 countries via close cooperation with SkyTeam member airlines.
With the concept of “World-class hospitality with Eastern charm”, China Eastern Airlines creates splendid travel experiences for global customers with a comfortable and convenient service quality.