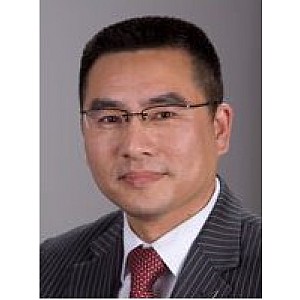 Welcome to the first in a new series of articles from New Zealand Trade and Enterprise (NZTE), New Zealand’s economic development and trade promotion agency.

NZTE’s job is to make a difference for New Zealand by helping businesses grow bigger, better, faster in international markets. We collaborate closely with other Government agencies to promote New Zealand and support the growth of New Zealand businesses overseas.

New Zealand’s export trade with China over the last two years has grown faster than with any other major nation over the same period in New Zealand’s trading history.

Since the signing of the Free Trade Agreement in 2008, exports to China have grown by 152 percent, from NZ$2.3 billion to NZ$5.8 billion, a figure which substantially exceeds expectations for potential export growth prior to the FTA being signed.

The gap in value of two-way trade between China and New Zealand has substantially narrowed since the signing of the FTA thanks to a greater focus on the trading relationship.

China is now New Zealand’s second largest trading partner after Australia, and now ahead of the United States.

Last year has been the most lively in the history of trade relations between the two countries measured by merchandise sales, services, investment flows and scientific and technology exchanges.

Tourism from China to New Zealand has grown by 30 percent over the last year to May, 2011, and the number of students from China has grown 4 percent.

Although not in the top 10 export categories, wine exports to China have grown by NZ$2 million a year since the FTA to NZ$13.2 million in 2011 and NZTE hopes that this number will continue to grow.

There has been a huge increase in exports in fish and seafood (89.5 percent) following the opening of the China market to live seafood exports. Launched in 2010, a collaborative enterprise, Pure New Zealand Greenshell Mussels Ltd, is promoting and selling their products at the higher value end of the market.

Of course, there is much more that can be done to further develop the trading relationship between the two countries.

For now, NZTE’s goal is to grow and support connections across the region to ensure New Zealand’s business relationship with China and other North Asian nations continues to grow.

It also means improving New Zealand businesses’ knowledge of China, its people and customs and gaining an understanding of what the FTA means for both sides.

To achieve those goals, NZTE is working in both New Zealand and China to strengthen trade ties between the countries in several key areas.

NZTE offers China-specific programmes for New Zealand companies with the capability and commitment to succeed in the country. These activities help break down obvious barriers to the Chinese market such as language and culture, but also increase companies’ sector knowledge. So far, 400 businesses have been through the China business training programme.

For instance, if we are talking about food and beverage, we need to know the best place to go for distribution, whether it’s Beijing or Shanghai or elsewhere, and the regulations for that sector.

Kefeng Chu is Operations Director - China at NZTE Wellington and manages the New Zealand based China team. Their focus is on supporting New Zealand’s business relationship with China: enhancing New Zealand companies’ capability and readiness to do business in China, maximising the benefits of the New Zealand-China Free Trade Agreement, strengthening links to the Chinese business community in New Zealand, and providing direct assistance, where required, for key clients.