What to expect from China’s new investment laws 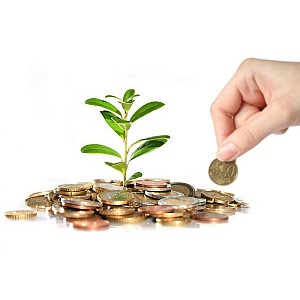 On 19 January 2015 MOFCOM issued a draft of the PRC Foreign Investment Law for public comment (FIL). Below we highlight key features of the new foreign investment regime.

While the road to the actual passage of the FIL will likely take at least another eighteen months, it is clear that once adopted, the FIL’s impact on foreign investment in the PRC will be far-reaching and comprehensive.

It is important to understand the FIL's key definitions in order to understand how they might impact foreign investment in China. For example, “Foreign Investor” refers to persons who do not hold Chinese nationality, enterprises established pursuant to the laws of other countries and regions, as well as the governments and organizations of other countries. Any PRC enterprise that is under the control of a Foreign Investor will also be viewed as a “Foreign Investor”. Adversely, “Chinese Investor” refers to persons of Chinese nationality, the Chinese government and its subordinated departments or agencies and any PRC enterprise which is under the control of a Chinese Investor. The FIL also defines "domestic enterprise" as any company established in the PRC, and "foreign invested enterprise" as a domestic enterprise solely or partially invested in by Foreign Investors.

A key aspect of the FIL is the definition of what constitutes “control”. Article 18 of the FIL provides quite an extensive definition of control including: the ability to appoint decision makers; influence over shares and voting rights which can affect the business; and general influence over the operations, finance, personnel and technology of an enterprise. The legislative intent behind the FIL is not only to look at the place of incorporation and the nationality of direct investors, but also to establish who maintains ultimate control and whether that is held by “foreign” or “Chinese” investors.

The FIL covers traditional activities within the scope of foreign investment (e.g. green field investments and M&A), but now also covers other areas such as the provision of financing for one year to invested companies, the right to use domestic land and ownership of domestic properties and also control of a PRC enterprise through contracts and trusts. Also captured is any offshore transaction that results in a change of control of a Chinese company. No doubt, the expansion of the types of activities that are considered foreign investment, especially offshore transactions resulting in change of control, raises concerns for foreign companies, many of which have designed structures intended to provide flexibility and avoid entanglement in the PRC legal system.

Whilst the scope of activities covered by the FIL has been expanded, the PRC Government also intends to do away with the requirement that MOFCOM approve all foreign investment activities in China. In its place, there will be a dual system for market entry approval and reporting. The idea is that Foreign Investors in the PRC should be treated the same as Chinese Investors, unless otherwise stipulated in the Special Catalogue (to be issued).

Presumably, then such an investment would not be considered a foreign investment and not subject to restriction.

It is also clear that under the FIL, variable interest entities (VIEs) which are contractual arrangements through which a foreign company gains control over a domestic company, would be clearly regarded as a type of foreign investment which would have to comply with the FIL. As such, the current rationale for implementing a VIE structure would likely no longer exist and it is likely that they would no longer be viable in many instances, since contractual control would be treated the same as a direct investment.

This requirement will cause substantial concern to Foreign Investors that are currently involved in joint ventures with PRC partners, as many will fear that this may provide an opportunity to re-open previously negotiated and settled contracts. What if the parties cannot agree on key provisions in new articles of association and shareholders agreements? It remains to be seen whether the drafters will provide further guidance on this area.

The FIL represents a new stage in the legal framework governing foreign investment activity in the PRC. While some elements can be viewed as a logical development and refinement of existing practices, others represent arguably a radical departure from the existing framework. It will be important for foreign investors to actively provide their views and input to try to ensure that any concerns they have on the current draft are addressed.