What the HK Double Tax Agreement Means for You

<< Navigating through Taxing times in China Hedging Your Currency Bets >> 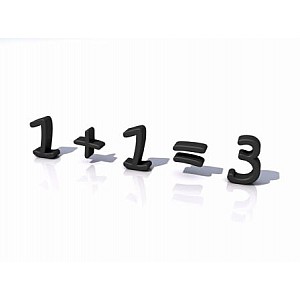 A long overdue and rather exciting announcement (for those who get excited about tax) is that New Zealand and Hong Kong are entering into Double Tax Treaty negotiations. While we have had a double tax agreement with China since 1986, Hong Kong has never been part of this.

All those investing in China know that often it is advisable to do this via Hong Kong but the lack of a Double Tax Treaty between Hong Kong and New Zealand means you can feel a little over-exposed when it comes to resolving any tax issues.

Before we move away from Hong Kong being used as a gateway for investing in China, remember you cannot just use a Hong Kong company to qualify for tax concessions if in fact your Hong Kong presence lacks substance.

Hopefully the Government will also move up a gear and enter into renegotiations with China to update our Double Tax Treaty. Given our model Free Trade Agreement with China and also the growing importance of China to New Zealand it is high time this is given priority status and with the significant changes to the tax world since 1986 it is critical we step into gear and ensure our double tax treaties with major trading partners are up to date.

The Hong Kong Legislative Council has also been busy and has formalised its disclosure of information rules. Following this it has adopted the latest international standards on exchanging information with our tax jurisdictions.

Other Double Tax agreements Hong Kong is negotiating at present in addition to New Zealand include the UK, the UAE and Switzerland.

While you may now be losing your enthusiasm for tax and starting to nod off, what this all signals is a major change in the way Hong Kong and many other countries around the world exchange information relating to tax matters. Previously the information exchanged by the Hong Kong Inland Revenue was very limited.

While all this does not add up to a free-for-all concession and domestic safeguards have been established, it signifies that Hong Kong is following a worldwide trend of adopting more transparency when it comes to tax. Too often in using Hong Kong as a gateway into China some of the day to day administrative matters such as where this company is actually tax resident have been ignored. With all these changes on the horizon along with our recent changes to the controlled foreign company rules it is an opportune time to re-look at your existing structures and give them a health check.

The Hong Kong budget for 2010 also contained tax measures that are designed to enhance the attractiveness of Hong Kong. These included reducing the corporate tax rate from 16.5% to 16% and the individual standard tax rate from 15% to 14.5% with a top marginal tax rate reducing from 17% to 16%. With such competitive tax rates this may be something we can only dream about when it comes to New Zealand. Added to this, small and medium enterprises are allowed to carry back tax losses of up to HK$1 million to up to three preceding years, pay tax in instalments without any surcharges where taxpayers are in financial difficulty, obtain a tax deduction for 100% of intellectual property rights and benefit from the super tax deductions of 150% for qualifying research and development and receive concessionary treatment for tax depreciation allowances for plant and machinery that is provided by Hong Kong taxpayers and used in Mainland China for import processing arrangements. Regional headquarter incentives are also being introduced.

At the individual level in addition to the reduction in the personal tax rates, a five-year extension is being allowed to the tax deduction for home loan interest and tax deductions are being allowed for up to HK$20,000 a year for private medical insurance premiums.

Hong Kong is not only our 9th largest market for exports it is often a critical spring board for investing into other regions including Asia Pacific and the European Union. These changes make Hong Kong a very attractive proposition for New Zealand businesses.