<< China’s SOE Reforms: What the Latest Round of Reforms Mean for the Market Māori fashion meets China >> 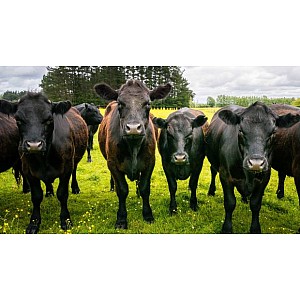 Annual exports to China jumped 22 per cent in April to top $15 billion for the first time, amid growing demand for beef, lamb, logs and dairy products.

Exports to China now account for about a quarter of New Zealand's international sales. Exports to Australia, its second-largest trading partner rose 0.7 per cent to $9b in the year ended April 30. Exports were $59b in the year through April.

The value of beef exports to China nearly doubled in the year ended April, he said. Milk powder was up $501 million at $2.4b, he said.

New Zealand's trade balance was a surplus of $433m in April, versus a revised $824m surplus in March.

Exports rose 12 per cent to $5.5b in April from the same month a year earlier, while imports lifted 7.3 per cent to $5.1b. Economists had been expecting a trade surplus of $375m, according to the median in a Bloomberg poll.

"As we approach the end of the dairy season, we are still seeing high values and quantities of dairy products being exported," Islam said.

The lift in imports was offset by a fall in motor vehicles, down $184m. This decrease was from an unusually high level in April 2018 when two additional vehicle carriers were unloaded, after earlier shipment delays due to the discovery of stink bugs on ships in February 2018, Stats NZ said.

The annual trade deficit was $5.48b, in line with expectations.

This article was published by the NZ Herald.

<< Commentary  < China’s SOE Reforms: What the Latest Round of Reforms Mean for the Market | Māori fashion meets China >