Rethinking tourism in the age of the independent Chinese tourist 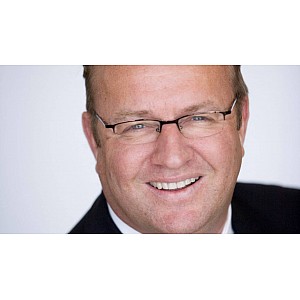 A couple of years back, I stayed in a Christchurch hotel where all the signage was in Japanese and English.

These thoughtful signs in the bathrooms, elevators and corridors undoubtedly helped their Japanese guests.

The only problem was, I didn't see any Japanese guests.

The tables at the breakfast buffet were packed with Chinese speakers.

I could only guess that the signage dated back to New Zealand's Japanese tourism boom of the 1990s.

The People's Republic of China is our second largest source of tourists, behind Australia.

As 2019 kicks off, New Zealand government agencies and businesses are preparing for the China-New Zealand Year of Tourism, which aims to strengthen our bilateral ties through tourism.

The year was announced by the New Zealand and Chinese governments as part of an official visit here by Chinese Premier Li Keqiang in 2017.

You can expect to see the China-New Zealand Year of Tourism brand over all sorts of activity this year; Chinese New Year festivals, forums, exhibitions and sporting events.

In short, New Zealand will be promoted as a destination for Chinese and vice versa, though there is clearly an asymmetry in numbers.

The China-New Zealand Year of Tourism follows Canada's version, and that of the European Union last year; Australia's in 2017; and the United States the year before that.

And New Zealand's year is coinciding with the "China Pacific Tourism Year".

So we're not alone in wanting to maintain a good relationship through tourism, although the various countries have their own aims.

Internationally, the growth in Chinese tourist numbers has met with a bit of backlash in some countries, arguably not surprising when you consider that it's the world's most populous country, and that the number of Chinese travellers grew rapidly.

It's amazing to reflect, then, that less than nine per cent of the population of the People's Republic of China, a mere 120 million of its 1.4 billion people, has a passport.

In contrast, three-quarters of New Zealanders do.

You might feel like you've seen tourists aplenty during your summer travels, but when it comes to the China market, New Zealand actually has stiff competition.

Tourists need good reasons to come all the way here. New Zealand is considered a long-haul destination, with 16 hours' travel time for Chinese visitors, which is much longer than a flight to Japan, Thailand or Vietnam.

New Zealand's aim for the China-New Zealand Year of Tourism is not simply getting more Chinese to visit Hobbiton.

It's about attracting high-value visitors who stay longer, travel outside peak times, and go to more places.

We used to talk about busloads of tourists, but much of the current boom is coming from Chinese millennials born between 1980 and 1995, who favour independent travel.

They're tech-savvy, and expect to do everything on their phone, including paying for their shopping.

The Christmas and New Year break is a time when holidays, travel and tourism become a hot topic for New Zealanders.

Already this year, we have had a decent serve of news stories about crowded beaches, freedom camping and the state of our roads.

Some of us yearn for the days when competition for a spectacular view was a little less fierce.

But we also need to recognise that tourism is now big business in New Zealand. Gone are the not-so-distant days when arriving in Auckland on a Friday night meant no shops were open over the weekend.

While tourism isn't the economic backbone of any developed country internationally, it's a very good industry for employing large numbers of people, and earning foreign exchange.

Asia has been the fastest-growing source for some years.

Chinese tourists, and a growing number from other Asian countries, will play an increasing part of the story for New Zealand. New Zealand's recent tourism statistics also show growth from India, Southeast Asia and South Korea.

We're going to need to have a good understanding of their needs and interests to make sure they have great 'Kiwi experiences', but also work to ensure that tourism is sustainable, and that all regions of New Zealand benefit.

And businesses also need to be nimble enough to adapt, which includes things like hotel signage, as trends change.

Tourism can never be taken for granted.

This article was published by Stuff.