Chinese appetite for international travel bigger than ever 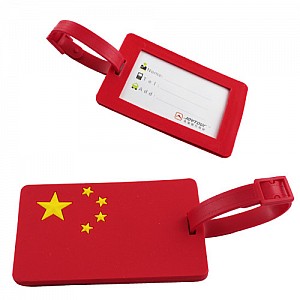 The fifth annual Chinese International Travel Monitor released by Hotels.com™ has revealed Chinese travellers continue to take the world by storm, with 92 percent planning to increase or maintain spending on travel in the next 12 months. Chinese millennials, predicted by Hotels.com to become one of the travel industry’s fastest-growing markets, are also planning to spend over a quarter of their income on travel - despite the slowing economy.

In the year ended May 2016, the land of the long white cloud was in China’s sights, with 394,528 Chinese travellers making a trip to New Zealand, up 27 percent on the previous year[1]. Despite New Zealand failing to feature on the wish list for Chinese travellers to visit in the next 12 months in the Hotels.com report, with Australia taking out the top spot followed by Japan and Hong Kong, the tourism industry predicts the increase in Chinese visitors to steadily increase. [2]

Katherine Cole, Regional Director Australia and New Zealand for the Hotels.com brand said: “If Kiwis think they’ve noticed more Chinese sightseers on the streets, they’re not mistaken. New Zealand has seen continual growth in visitor arrivals from China over the last five years, and together with increased air capacity, this trend will only continue.”

“The Hotels.com research shows that Chinese travellers are more diverse and sophisticated than ever before and, our perceptions of Chinese travellers as members of bus tour groups wanting only Chinese breakfasts and Mandarin translations need to change,” said Ms Cole.

The Hotels.com survey was conducted in May 2016 amongst 3,000 Chinese travellers by Ipsos, a world leader in market research. To complement this data with opinions of hoteliers, Hotels.com carried out a global survey of 5,800 accommodation partners.

The rise of the Chinese millennial traveller
Chinese millennials spent 27 percent of their income on travel, according to survey data - the highest proportion among all Chinese travellers. The hoteliers’ survey showed that the number of Chinese millennial guests (aged under 35) increased 12 percent, slightly more than the median increase of total Chinese guests (11 percent).

Five Chinese traveller personas revealed
To help the industry cope with these more independent and diverse travellers, the Chinese International Travel Monitor2016 reveals five travel personas that Chinese travellers fall into.
1. Detailed explorers (25%): Born in the 60s and 70s, they are innovative and optimistic, like to learn and explore and to plan their trips down to the last detail.
2. Cautious connectors (25%): Also born in the 60s and 70s. They come from lower-tier cities and responsible family people and travel to bond with loved ones. They prefer safe, family-friendly hotels.
3. Experience seekers (17%): Tend to be born in the 80s and 90s and be from top-tier cities. They like stylish hotels and professional advice on local cultural activities. They travel to enrich their experience, being independent and ambitious.
4. Indulgers (12%): Most likely born in the 80s, they travel to indulge themselves and to demonstrate their power. They tend to stay at higher-star hotels and go on adventurous local tours.
5. Basic pleasure seekers (21%): Millennials born in the 90s. Unlike other groups, more of them are women than men. They are aesthetically minded and travel for non-material enjoyment, seeking value-for-money accommodation.

Chinese traveller behaviour has changed
Some 120 million Chinese nationals travelled overseas in 2015, up from 117 million in 2014[3], the year when the milestone of 100 million was first passed. This year’s report shows two-thirds of outbound Chinese travellers consider travel to be an essential part of life – and one-third of travellers from China say they plan to spend more on travel in the next year.

The report found that the behaviour of Chinese travellers has changed greatly since the Chinese International Travel Monitor was first published five years ago. According to the hotelier survey, the top changes to Chinese travellers were improved English language skills, travellers increasingly looking for value for money, having higher expectations, having more demanding requirements and spending less.

What Chinese travellers really want from hotels
When it comes to what Chinese travellers want from a hotel, free wi-fi was again top of the list. Currently, 45 percent of hotels surveyed already provide free wi-fi, with a further 46 percent planning to introduce it. Fifteen percent of hoteliers are already providing translated tourism/travel guides, while another 16 percent are planning to provide them. Whilst only 8 percent currently provide a kettle, 34 percent plan to introduce this; and with slippers a rarity (2 percent), 25 percent are planning to introduce them.

Other key findings from the Hotels.com Chinese International Travel Monitor 2016:

• Japan was rated the most welcoming country, followed by South Korea and Hong Kong.
• Nearly half (49%) of Chinese travellers surveyed said they like to make their own “free and easy” arrangements rather than joining organised groups.
• Forty-five percent of hoteliers reported an increase in Chinese guests in the last 12 months.
• Japan is the only country that ticks every attraction box for Chinese travellers, including sightseeing, next visit, shopping, food, resort, backpacking, adventure, culture and must-visit in a lifetime.
• Australia came out on top as having the best attractions overall, and was also rated as the best adventure destination.
• Chinese travellers overwhelmingly prefer to stay in hotels, with 78% preferring to stay in accommodation rated three stars or higher.
• For the majority of Chinese travellers (68%), shopping is the most popular expense after accommodation, followed by dining (59%) and sightseeing (42%).