China is modernising, not westernising 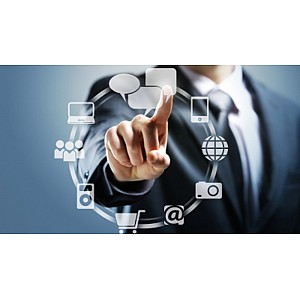 I've recently returned from a week in Hong Kong and Singapore attending Board Meetings and conducting fund manager visits in my role as an Advisory Board Member of the Emerging Markets Masters Fund. The main topic at every meeting was the investment and economic outlook for China, particularly after the recent market falls and volatility, and reading my notes from the week, and having had time to reflect on what I heard and learnt, here are my main conclusions:

1. China's economy is slowing. This is deliberate
• However you look at it (export numbers, PMI, retail sales, fixed investments) China's GDP growth is slowing and probably sits within the 5% to 6.5% range. Almost certainly below the official number of around 7%.
• China doesn't need growth at the moment. Unemployment is steady (around 4% - 5%), domestic consumption is picking up slowly and exports haven't contributed to growth for the past 2 years. If China wanted growth, they could easily provide some kind of stimulus which would provide short term gain (but long term pain!)
• What China needs is better governance, market reform, increased transparency and the elimination of corruption. The Central Government, and President Xi in particular, is very committed to achieving all of these things. I learnt of over RMB 1 trillion in approved projects which haven't yet been implemented due to the widespread fear amongst local Government officials of potential investigation and scrutiny (of both present and past projects) which is certainly slowing their economy but shows how seriously the austerity measures are being taken. This will be good in the longer term.

2. The market will recover
• The recent euphoric rise in the share market was driven by retail investors with too much leverage. When the market turned (for various reasons, including the tightening of margin lending, the surprise RMB devaluation and wild speculation in the western world about what was happening) these same two factors drove the market down. I saw a chart of the number of negative western media comments on China over a 20 year period and it spiked off the chart in September 2015!
• China's economic fundamentals are still in place:

• The move by the Central Government to convert local Government debt (a source of major concern, particularly amongst foreign commentators and economists) into Government backed municipal bonds (with a 4% yield) is seen as a stabilising influence and removes some of the anxiety about this issue which has existed in recent times.
• Volatility will continue in the short term with the slowing economy (see above), weak macro numbers and with the Government exiting the share market after providing the bolstering that was necessary to avoid a major collapse (on a scale we can only imagine) which would have had wide and unforeseen consequences (eg SOEs now offering share option plans to executives and staff) and would have taken years to restore confidence. In the longer term (say 12 months from now) the economic fundamentals will prevail and the market will recover. Short term weakness should be seen as an opportunity to accumulate stocks at lower prices.

3. There's no sign of weakness on the ground
• I visited a plastics manufacturing factory in Quanzhou City in Fujian Province (a short one hour drive from Xiamen) and met with the factory owners whose clients include many well known international brands and a multi-million dollar business operating large factories in five cities across China. They reported that business was growing steadily, there are signs of slowing in some areas of the economy, but their business was strong and stable. No slowdown there.
• Tourism is a fast growing industry. Over 100 million Chinese people travelled overseas in the past 12 months and their own domestic market is booming. No sign of any slowdown there.
• Household spending figures (excluding Government officials and SOEs) are strong and there is evidence of this everywhere you look. You can't seem to get into a restaurant without booking, there are queues outside the luxury brand stores (although perhaps slightly less than there used to be) and you can't move in shopping malls at the weekends.
• Property prices are rising again, notably in the first and second tier cities, and inventories in the third and fourth tier cities are starting to reduce. Vanke have reported a 30% increase in sales in August 2015. This is significant as the property slowdown has been regarded by many as a potential trigger for a future 'hard landing'.

We have maintained our position in China A shares (approx. 20% of the EMMF) and will no doubt consider increasing this over time to reach the MSCI EM weighting for China (though this doesn't include any weighting to China A shares) of 23% (we trimmed our position just before the market fall) when some of the short term volatility settles down. Whilst we can invest in a broad range of China A share managers, our preference is to invest in local boutique Chinese managers as opposed to international brand names, particularly those who don't run a local team. I have always maintained the view that the only way as a foreigner to understand China (whether as an investor, entrepreneur or business leader) is  to work with the locals. I would be surprised if this changes in my lifetime!