<< China is modernising, not westernising More Asian languages in schools >> 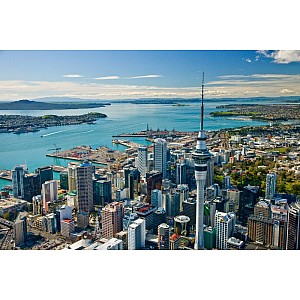 Mayor Len Brown has hailed a recent mayoral mission to Singapore and China as an overwhelming success, with benefits to local businesses of at least $20 million.

In Singapore, the Mayor delivered a lecture to the Singapore Centre for Liveable Cities and met with potential investors.

In China, the Mayor and Mr O’Riley attended the inaugural LGNZ (Local Government NZ) – CPAFFC Mayoral Summit (The Chinese People's Association for Friendship with Foreign Countries), met with current and potential investors, and witnessed the signing of several Memoranda of Understanding (MoU) between Auckland and Chinese marine industry representatives.

Auckland also signed an MoU with Chinese innovation incubator InnoHub in Guangzhou, paving the way for increased Chinese investment in Auckland companies and greater exposure for Auckland businesses to the Asia-Pacific rim market.

As part of the MoU, InnoHub will establish a NZD $20 million fund to invest in Auckland businesses. The company also intends to establish a new Auckland office and has signalled its interest in being part of the ATEED-run GridAKL innovation precinct.

“To step off the plane knowing that the Auckland economy will be $20 million better off because of this one trip is a great feeling,” says Len Brown.

“It shows that our strategy for promoting Auckland and getting international investment here is working. And there will be more significant benefits to come from this trip in the future, I’m sure.”

The MoU with InnoHub was signed by InnoHub President Hongbo Xu and Brett O’Riley, ATEED CE. Mr O’Riley says: “InnoHub is one of China’s largest network of incubators and investors. Its international partners already include the Singapore Government, Plug-and-Play, F50, Intel and Telefonica, and the company is planning expansion into Europe and the US.

“It’s clear the company values the innovation and creativity of our entrepreneurs, and sees great potential for Auckland’s young technology companies, especially in media and telecommunications. It will focus on these areas as well as mobile ecommerce for food, tourism, education and agriculture products, but will not be limited to them.”

“In addition to our investment, we will develop a programme to assist young Auckland companies to use our space and services to enter the Chinese market. We plan to launch a NZ-China e-commerce innovation competition at the China InnoFair in November this year.

“The objective is to promote and develop the next generation mobile e-commerce platform to connect New Zealand producers and Chinese consumers. We will provide seed capital, training, and assistance for 10 winners to execute their business plans.”

Len Brown adds: “This is exactly the kind of opportunity we aimed to create with the Tripartite Economic Alliance Agreement. The MoU with InnoHub makes possible some crucial connections between Auckland’s businesses and the Chinese innovation and investment communities.

“As well as investing in start-ups and helping them raise funds through its own funds and its global network of venture capitalists, InnoHub will provide mentor and training camps and offer a range of logistics solutions and service partners.”