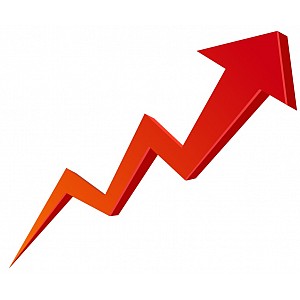 As China’s economic and political influence in the world grows, New Zealand is right to pay attention. China offers a range of opportunities for New Zealand, and the 2008 signing of the Free Trade Agreement (FTA) was a step in the right direction. As China’s economic growth begins to slow and coming up to the five year anniversary of the FTA, it is timely to look at the commercial linkages between our two countries and think about what lies ahead.

Most China watchers are familiar with the idea that China’s economy is set to grow at a slower pace in the coming years as the authorities look to transition the drivers of economic growth to the domestic consumer, with less emphasis on exports and infrastructure/ property investment. This transition will likely see China’s GDP growth reduce to around 7% from the double digit growth seen in the last decade. The point to note though is even at a slower growth rate it is still relatively strong growth both in terms of the rate and the value magnitude.

China to continue to grow faster than New Zealand 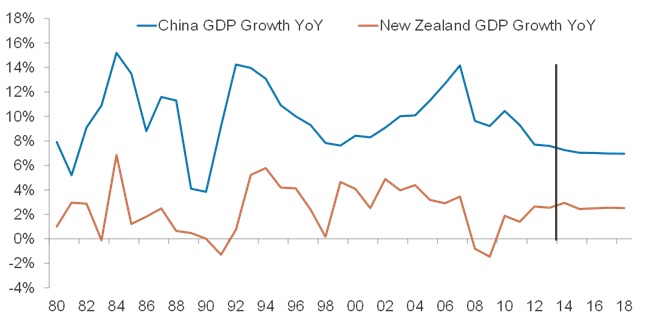 Along with transitioning to a more domestic consumer-driven economy, there is a push to lift urbanisation rates further (forecast to rise from 53% in 2012 to 70% by 2030) in an effort to lift the incomes and productivity of the remaining rural

population. This will add further impetus to a growing consumer market in China whose rising incomes will see a lift in demand for many of the things New Zealand is known for, such as agricultural exports and tourism. 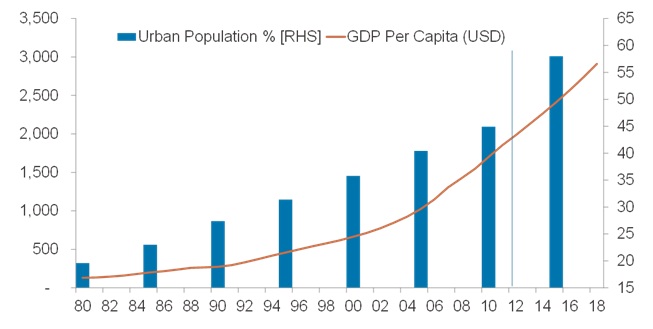 While the outlook for China is a slowing of growth, the push for economic rebalancing presents opportunities for New Zealand. Indeed, if China is able to make a successful transition to this lower and more sustainable consumer-driven growth pattern it could actually mean greater positive economic impact for New Zealand despite the slower growth pace.