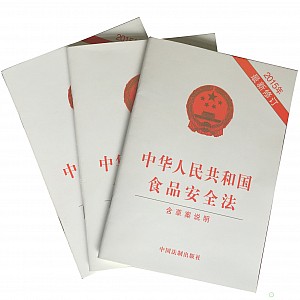 China’s revised Food Safety Law (FSL) took effect on 1 October 2015. Whilst much of the reform and future enforcement is expected to be directed towards China’s domestic food producers, New Zealand food producers that export to China under any business model – including cross-border e-commerce – must ensure compliance.

Import Agents tasked with clearing Commodity, Inspection and Quarantine (CIQ) at the border and wholesale/retail channel partners will want to know that China standards are being met by Kiwi producers. Moreover, various implementation measures will be rolled out post 1 October 2015 for which new company practices and controls will likely have to be implemented.

China's existing FSL 2009 encompasses the typical food safety considerations such as standards, inspection, records, operating plans, response plans, and employee health and training. These standards regulate both the domestic food industry as well as food that is imported / exported.

However, scandals involving improper food additives, poor food product supervision, poor safety standards, and perceived inadequate legal repercussions against violators have served as drivers of change. Notable examples include the sale of decaying pig meat, meat labelled as lamb that actually contained rat and fox, and the use of illicit cooking oil. Famous fast-food brands like KFC have had operations temporarily suspended due to the alleged sale of expired product.

Additionally, the performance of local government officials is no longer simply measured on GDP growth. Other factors such as people's livelihoods, public health, and social harmony now feature in their performance measurement.

The China Food and Drug Administration (CFDA) isnow responsible for all regulatory oversight. Previously this fell under the State Food and Drug Administration (SFDA). The CFDA regards the revised FSL as being the strictest food law by promoting greater traceability, responsibility, and liability. In April the Standing Committee of National People’s Congress passed the revised FSL. The 2015 revised FSL now totals 154 articles – 50 more than the 2009 version – and key changes include:

•    E-commerce: Third-party online platforms such as TMall and JD will be required to register the real identity of vendors and review their licenses. Consumers can seek claims against platforms that fail to provide identity, address, and contact details of online retailers.

•    Milk Powder: Producers must register baby milk formula with the CFDA and receive approval for production. Producers must set up and implement quality control measures to ensure product and quality safety throughout the manufacturing supply-chain.

•    Compensation and Fines: Consumers have expanded rights to demandcompensation for loss suffered and producers can face higher fines for violations.Landlords who knowingly provide premises where illegal activities take place can also be fined. Manufacturers – rather distributors or retailers – will be primarilyliable for non-compliance.

•    Administrative Penalties: There are higher penalties (e.g. the fine for a "serious violation" increased to 15-30 times (previously being 5-10 times) and possible detention of in-charge personnel.

•    Governance: Officials who fail to respond to food safety emergencies and/or take part in food safety cover-ups can be demoted or dismissed.Officials who abuse their power and/or neglect duties can face criminal charges.

Chinese consumers already associate imported food as being safe. With rising household income and the passing of each new domestic food scandal the demand for premium imported produce has only expanded. Symbolically, the new 2015 FSL represents progress towards restoring public confidence in domestically produced food. Chinese Consumers are however unlikely to believe that the revised FSL will overnight transform domestic food safety.

Certain industry players will no doubt continue to take short cuts and operate with a lack of self-regulation. In charge agencies will also need to advance their enforcement efforts to ensure appropriate control and supervision. Even as the domestic industry gradually raises its game in the years ahead the perceptions of the Chinese consumer will take far longer to change. Whilst China will want domestic producers to compete better against foreign companies heightened competition from home grown brands is some time away.Underlying demand for premium safe imported food product will remain.