If 2015 was a busy year for the NZCTA, 2016 is shaping up to be even busier.
A summary of events and delegations that we were involved in is below: In March, NZCTA hosted a small round table session with Damon Paling, NZTE's new Trade Comissioner in Shanghai. We were treated to a detailed session giving us a small glimpse of Damon's amazing knowledge and technical ability in many things China. 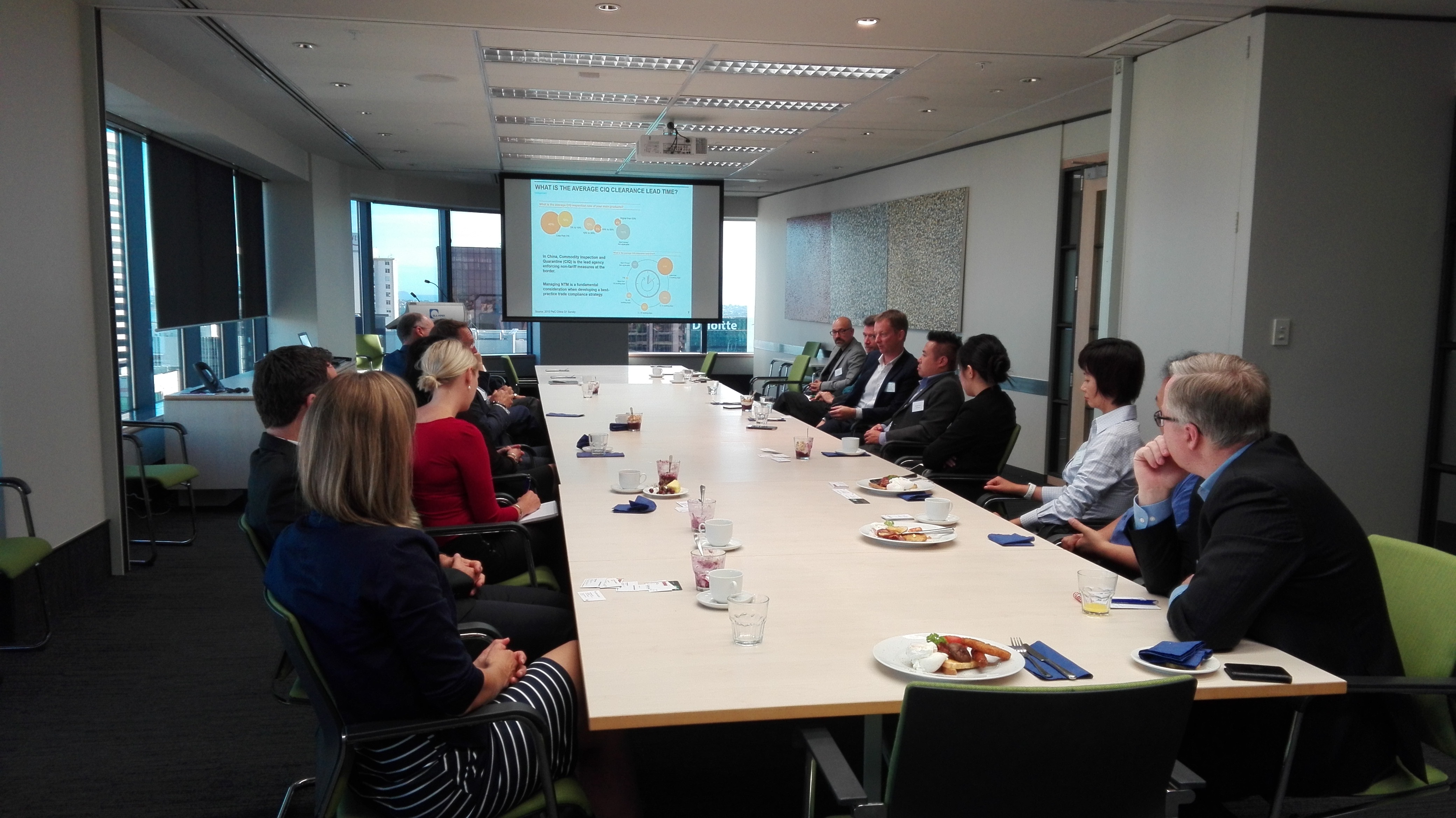 NZCTA China Executive Workshops
In 2016, NZCTA is running a “round table” China executive workshop series. Each session will be limited to no more than 25 with the aim of providing a platform around specific China related topics.
These are designed to encourage round table discussions. The format will be a short presentation followed by a Q&A session with 2-3 panellists.
Workshop 1: Forming your best-fit China Strategy An evening with Kevin Parish
The first of the 2016 NZCTA series “Tales from the Dragon”. In this series, hear speakers discuss the challenges, opportunities, pitfalls and successes of doing business with China.
Benefits of export coalitions, what they look like (who they are) plus the outcomes achieved so far and future strategy.
Hear from Primary Collaboration New Zealand Ltd (PCNZ) General Manager Kevin Parish on establishing PCNZ in order to gain a better understanding of the complex Chinese market and facilitate easier access to China.
The founding companies of PCNZ include Sealord, Silver Fern Farms, Synlait Milk, Villa Maria Estate, Kono and Pacific Pace. China International Economic and Trade Arbitration Commission & NZCTA Meeting
CIETAC (China International Economic and Trade Arbitration Commission), also known as the arbitration court of the China Chamber of Commerce.
CIETAC led a delegation headed by Mr. Leng haidong to visit Australia and New Zealand in early May. The main aim of the delegation is to exchange information about dispute resolution with the legal and commercial communities in Australia and New zealand. NZCTA orgnaised a small meeting with NZCTA members for an open discussion. An evening with Jade Gray
For even the most seasoned China Hands, the size and speed of change in the Chinese economy can at times be overwhelming. Jade took us through his China journey highlighting the “speed of business” from a Chinese perspective, and the notion that in this new era of rapid change and disruption New Zealanders may need to rethink how they engage with Asian markets. 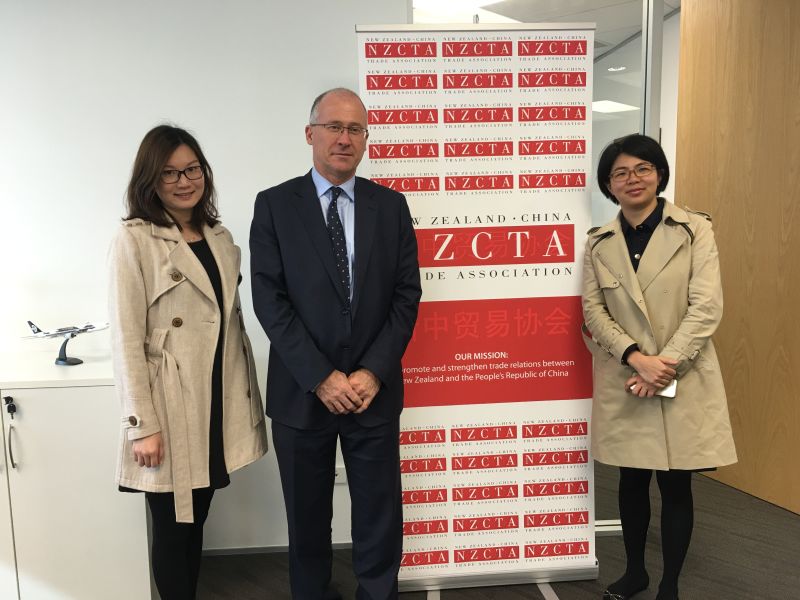 Morning Roundtable – Southern China Update with John Cochrane
John facilitated a roundtable discussion including updates and commentary on Southern China’s business environment, and a look at what lessons New Zealand companies can draw from the latest economic data (including regional and city level).

Join us to hear from Alibaba Group’s John O'Loghlen, Director of Business Development for Australia and New Zealand.

John gave an overview of the current Alibaba global network and various Alibaba formats and systems and talk about how companies can best work with Alibaba. Fay Nie, an experienced Strategist from Ocean ChinaFocus presented some firsthand insights from interviews with a group of middle-class female consumers in Beijing, which is a good proxy of the need of middle-class urban consumers. 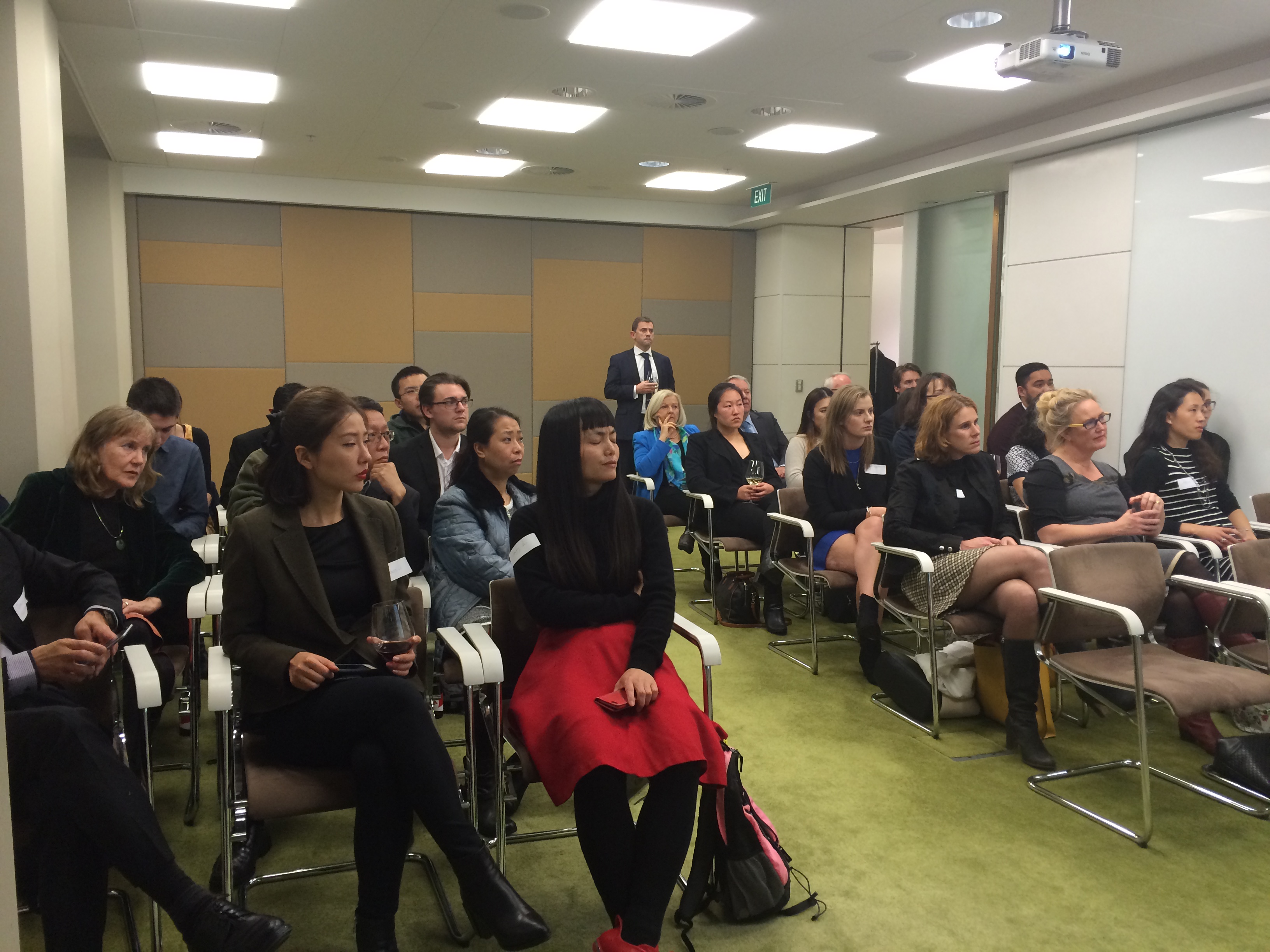 Breakfast briefing with the NZ Head of Mission and Consuls General The workshops took you beyond the numbers and statistics, to find practical approaches for reaching and engaging consumers and building a strategy for success online. Delegation of Chinese Foreign Ministry Experts/Scholars Group
The meeting allowed an exchange of issues related to the "One Belt One Road" policy and development plans of New Zealand infrastructure. To enhance pragmatic cooperation, production cooperation, understanding the new economic situation, policy and strategy. And the focus on exchanging of bilateral affairs.
A handful of NZCTA members and Executives met with the delegation and members of the Chinese Consulate. Carl Worker - "Ten Years in Beijing"
Carl Worker, one of New Zealand's top diplomats and leading China experts,spoke on Ten Years in Beijing. Carl was Ambassador in Beijing from 2009 to 2015, had earlier postings in Beijing in the 1980s and 1990s, and was New Zealand Consul-General in Hong Kong from 1994 to 1998, spanning Hong Kong's return to China. Carl is a fluent Mandarin speaker and has had a significant impact on New Zealand's relations over several decades.
Co-hosted by NZCTA Wellington, NZCFS (NZ China Friendship Society) & NZIIA (NZ Institute of International Affairs). Dr Gary Liu is one of China’s leading economists, graduating from East China Normal University, with a doctorate in Economics.
He is now the VP of CEIBS Lvjiazui International Finance Research Institute. After graduating, he worked in the post-doctoral centre in the Shenzhen Stock Exchange. In 2002, he joined CEIBS and worked as the Vice Director of the Case Study Centre of CEIBS. He is also a columnist for Caixin and FT China.
Mr Liu was one of the six Economists invited to attend an economic symposium presided by Premier Li Keqiang in July 2014. In a brief presentation, followed by Q&A, China Policy staff described the Chinese government’s current economic and trade policies (both bilateral and multilateral) in the agriculture sector. They assessed long-term scenarios for sustainable agricultural trade, and outline implications and risks for organisations looking to engage with China.

NZCTA AGM 2017.
The 2017 Annual General Meeting of the NZCTA with Shanghai based guest speaker, Mark Tanner of China Skinny. 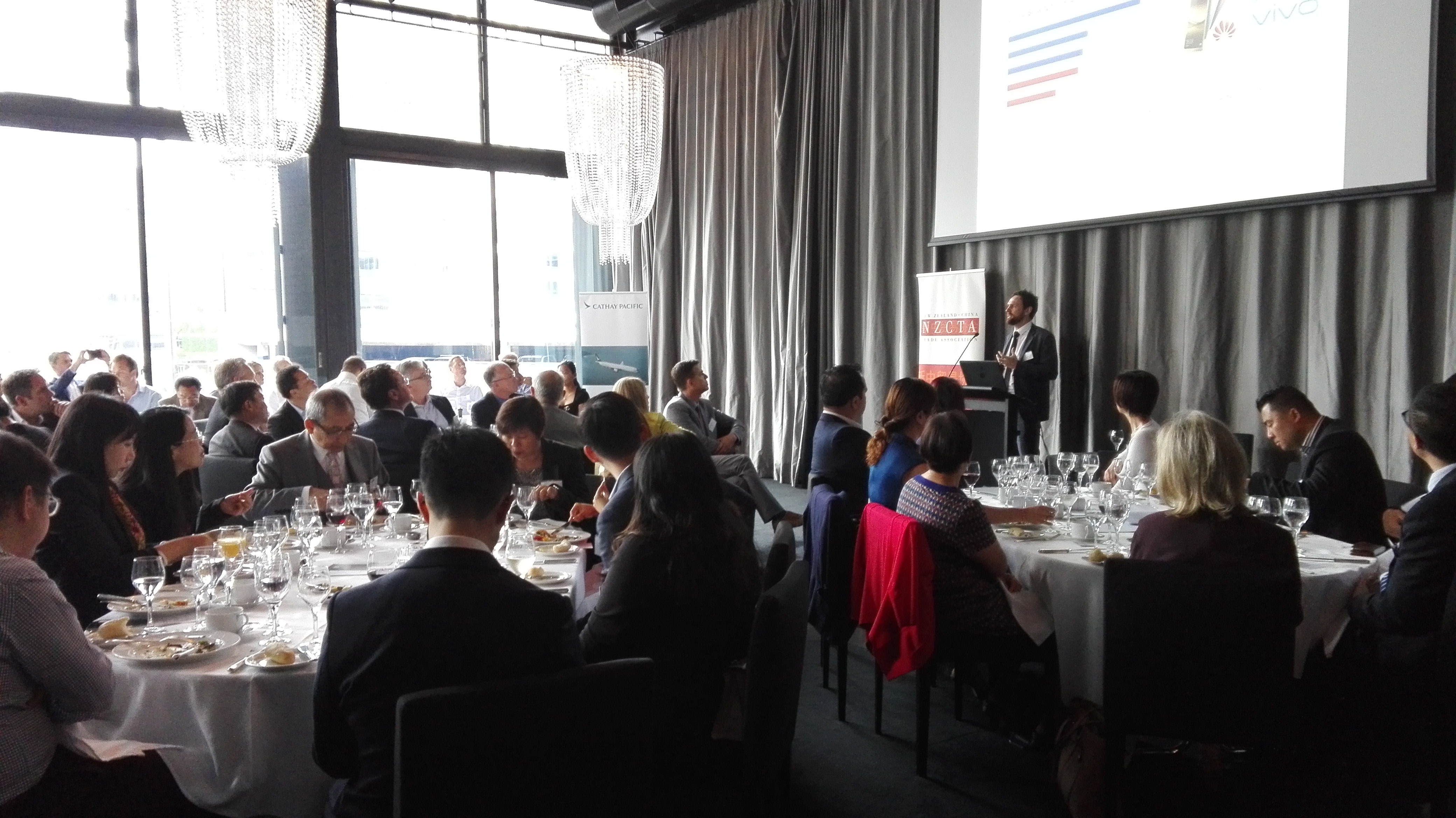 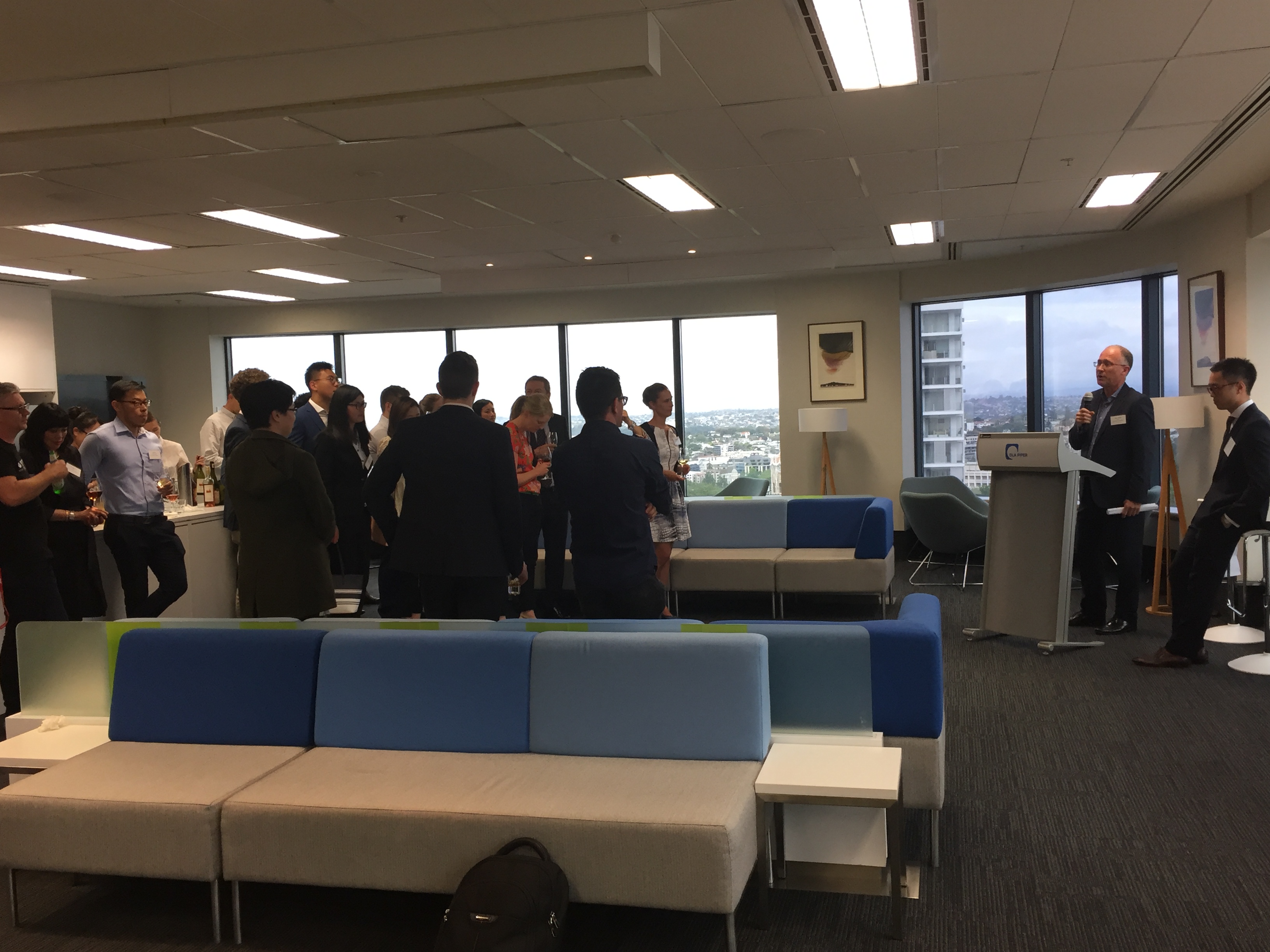